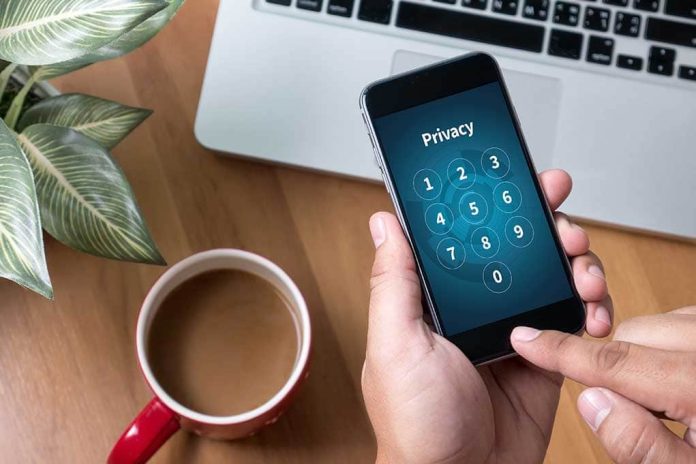 (UnitedVoice.com) – As if Democrats didn’t have enough problems with infighting due to Joe Biden’s Build Back Better plan, House Speaker Nancy Pelosi (D-CA) might have made things worse. Across America, Public Relations classes are studying Pelosi to learn what not to do.

Debate within the party continues behind closed doors over the fate of President Biden’s two-track infrastructure plan. It remains questionable whether Democrats are any further ahead than when Sens. Joe Manchin (D-WV) and Kyrsten Sinema (D-AZ) killed the bill on October 1.

On September 16, Biden said he wanted to know what was going in and out of every American’s bank accounts. If someone makes a deposit or withdrawal over $600, he said the government should know about it. Banks would send the information to the IRS, which would monitor checking accounts for fraud and tax avoidance. That created a public outcry. No matter, on Tuesday, October 12, Pelosi said it would remain in the bill regardless. When questioned by the press, she also said reporters needed to do a better job of selling the Democratic agenda. It’s funny. Who knew that was the media’s job?

Why does the government need to know when you pay to have your house painted? Neither the contractor nor the purchaser must inform the IRS at or near the time of service. Nonetheless, Pelosi and House Democrats don’t believe you are innocent until proven guilty of a crime. There are so many ways the IRS could misuse this much power and intrusion into the lives of Americans. Consider, in 2010, the IRS under former President Barack Obama targeted Conservative groups applying for non-profit status and got caught. What did they not get caught doing? Who knows, and that’s the danger.

It’s not just about big government running amok. This plan is Big Brother watching your every move. It could also be a violation of the Fourth Amendment that guarantees against unreasonable search and seizure. Therein lies the problem. The Democrats don’t care about your rights. Their priorities are more important than your liberties. They need the nanny state to control Americans and put them in a state of dependency to hold power. They don’t believe in the people. Instead, Democrats believe in a big, bloated, corrupt government.

Where do Moderate Democrats in vulnerable districts stand on the $600 per transaction bank reporting requirement? Truthfully, where are all Democrats? This proposal is a massive overreach that could threaten not just to kill the bill but make independent-minded Americans outraged over the Dems ongoing pursuit to erode American liberties.

Pelosi Crosses the Line With the Media

If the bank requirement reporting issue weren’t enough, Pelosi amazingly said the most infuriating thing. A reporter informed Pelosi a new CBS News poll said only 10% of Americans know what the Democrats are proposing in the reconciliation bill. When asked if Pelosi and Democrats need to inform the public better and sell their agenda, the Speaker turned it on the press.

Without any shame, Pelosi unambiguously stated the press should do a better job of selling the Democrats’ plan to the public. Excuse me? She even added whether they know it or not, people overwhelmingly support it. How is that possible? Listen yourself:

Responding to CBS News poll showing most Americans don't know specifics of Democrats' spending bill, Pelosi tells @NikolenDC "it is hard to break through when you have such a comprehensive package"

"Whether they know it or not, they overwhelmingly support it," she says pic.twitter.com/G0wQLFR6Ju

That’s a lot of misinformation right there. The public isn’t fully backing the $3.5 trillion plan. On September 9, a bipartisan No Labels poll showed the public overwhelmingly supported Moderate Democratic Sen. Joe Manchin’s (D-WV) desire to pause the process. He said Democratic leaders should allow more time for lawmakers and the public to learn about the massive bill. Unfortunately, the Democrats are still trying to force it through by the end of October, but that seems less likely each day.

The Left is trying to talk America into something — not unlike a used car salesman trying to sell a ‘classic car’ sight unseen with no test drive. It’s absurd that the Speaker is again playing the ‘we have to pass the bill before we know what’s in it’ game. Her words lessen any credibility she, Congress, or Biden have before the American people.

Will they ever just shoot straight with us and stop the manipulation?