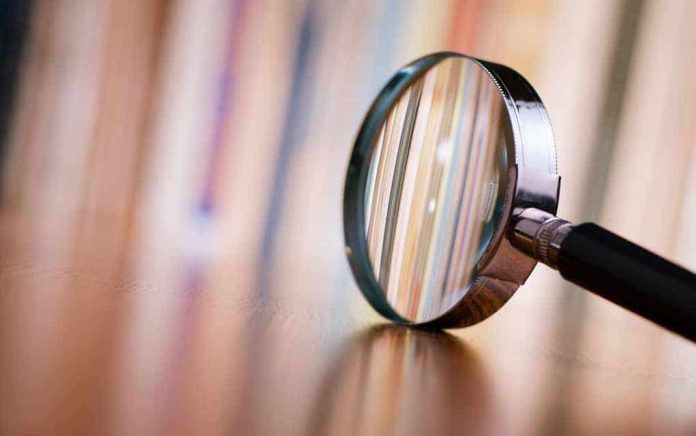 (UnitedVoice.com) – The National Oceanic and Atmospheric Administration’s (NOAA) research vessel, the Okeanos Explorer, travels the ocean, researching the deep sea. Recently it found something pretty cool. Well, cool if you like sponges who live in pineapples under the sea.

The research vessel was exploring the Atlantic Ocean last month when it found SpongeBob and his friend Patrick hanging out. The vessel was 1.2 miles down when it came across a bright yellow, rectangular sponge attached to a volcanic rock. Next to the sponge was a pink starfish.

Oceanographers found the real-life SpongeBob SquarePants and Patrick Star hanging out together on a rock at the bottom of the Atlantic Ocean. pic.twitter.com/OE8mwhaWY5

Fans of the show are going to be disappointed, though. It seems Bikini Bottom doesn’t exist. There was no Mr. Krabs, Sandy Cheeks or the rest of the gang. The sponge and starfish were found near the Retriever Seamount, an extinct underwater volcano.

Research associate at the National Museum of Natural History, Christopher Mah, said he saw the two sea creatures while watching a video feed of the exploration. He announced it on Twitter prompting one of his followers to draw faces and limbs on the sponge and starfish.

According to the NOAA, the relationship between the two isn’t as it appears on television. In reality, the starfish, a potentially new species, eats sponges. The one in the picture is probably going to do that. Yikes.