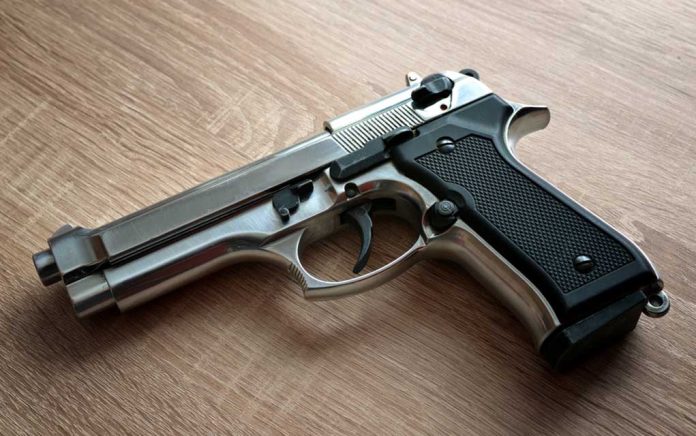 (UnitedVoice.com) – Mark and Patricia McCloskey are the St. Louis Missouri couple currently under fire. When a large group of “protesters” descended on their home, they stood outside holding firearms in an act of self-defense. The local Circuit Attorney — their term for the local prosecutor’s office — took to Twitter with a long series of tweets crowing about their success and how they’ve charged the McCloskeys.

What they weren’t so vocal about, however, is that as a part of the crime they allege happened, prosecutors must be able to prove the weapon in question was “readily capable of lethal use” at the time. Since the crime lab notified their office ” … the firearm could not be test fired [sic] as submitted,” one would naturally think the case was dead in the water. One would be wrong.

A local television station provided a screenshot of the lab report stating ACA Chris Hinckley instructed them to disassemble Patricia’s pistol and reassemble it in working order. This gross abuse of every tenet of criminal law in the United States is one more piece of untainted [unlike the gun] evidence as to how far the Progressive Liberal junta crowd is willing to go to shut down the voices of Conservatives.

First, the Left used the IRS to target conservatives.

Then, the Left used the FBI to target President Trump’s campaign.

Now, the Left is going after American citizens for defending their property.

Time to speak up and defend the Constitution. https://t.co/BWWnQh2kZm

Perhaps the most disturbing part of all of this rests in the fact that mainstream liberal media outlets have printed next to nothing about this gross injustice. There’s truly very little doubt the Democrats and their allies are waging a war of propaganda and physical intimidation against the founding principles of America.

And, as a part of that, they’re denying those who would fight against their march towards a Socialist/Communist “Worker’s Paradise” the opportunity to find any weapons to defend themselves. It really is no stretch to say that the November elections may be the most important ones ever.