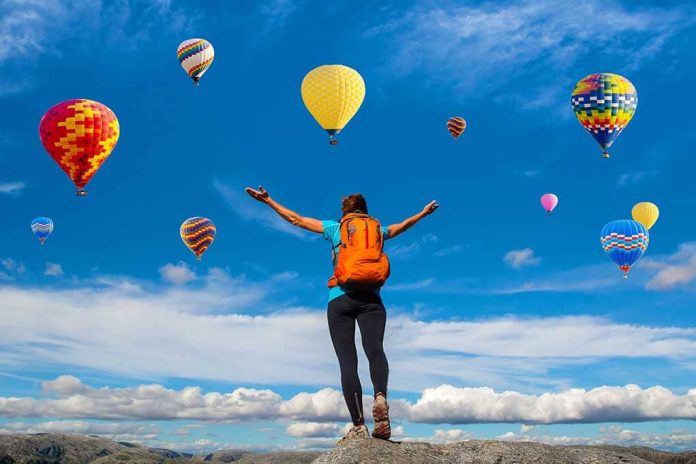 (UnitedVoice.com) – Every year, Albuquerque, New Mexico, holds a breathtaking event. Thousands of hot air balloon enthusiasts from around the world visit the city to attend the International Balloon Fiesta. At the 2019 event, hundreds of hot air balloons simultaneously launched into the air, earning a world record.

On October 6, 2019, 524 of the 588 balloons at the Fiesta launched into the sky at the same time. The sight of the colorful balloons taking off wasn’t just beautiful, it was record-breaking, but the organizers of the event didn’t even realize it.

The Balloon Fiesta organizers said they weren’t trying to break the Guinness World Record for launching the most balloons simultaneously. The title was one they’d captured twice before, in 2010 and 2011. However, organizers decided not to try again after France broke their record in 2013 by sending 408 balloons into the sky. Then in 2020, they realized they might have achieved it again.

Tom Garrity, a spokesman for the festival, reached out to Guinness to see if the Balloon Fiesta could claim the record with documentation from 2019. The world records organization responded in 2021, confirming the event had defeated France’s previous record. Matt Guthrie, the president of Balloon Fiesta, speaking to KOAT News, said the title is an honor to add to an already amazing event.

The Balloon Fiesta didn’t take place in 2020 because of the pandemic, but the sky will fill with colorful balloons again for the 49th annual event on October 2, 2021.