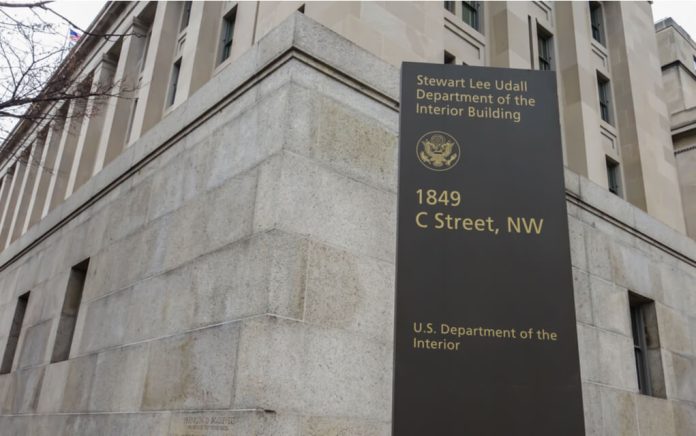 (UnitedVoice.com) – Republicans have repeatedly accused President Joe Biden of improperly securing the US border with Mexico. Conservative governors in border states have undertaken the mission themselves. Now, one state is defying the federal government after receiving orders to remove its temporary security structures.

In August, Arizona Governor Doug Ducey (R ) ordered the placement of 122 shipping containers along the border in Yuma County. Eighty containers, topped with four feet of razor wire, were set on land belonging to the US Department of the Interior’s Bureau of Reclamation. The state placed another 42 containers on Cocopah Indian Tribe lands.

The Bureau of Reclamation sent a letter to Arizona informing the state that they were violating federal law. The federal bureau also claimed the containers were “harming federal lands” and “impeding Reclamation’s ability to perform its mission.”

Arizona Director of Emergency Management Allen Clark responded to the federal government with his own letter. He refused the Biden administration’s demand to remove the containers.

Clark said the state didn’t trespass on US property but doesn’t dispute that the land belongs to the federal government. The director added he would be happy to have the structures removed if the president comes up with a permanent solution.