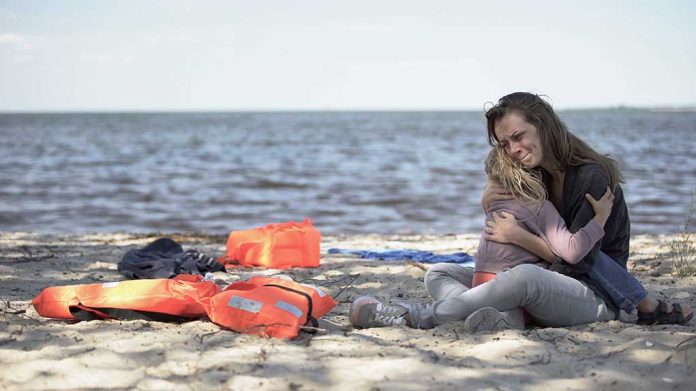 (UnitedVoice.com) – On August 29, the 16th anniversary of Hurricane Katrina, another massive storm slammed into Louisiana and Mississippi. Hurricane Ida came ashore with speeds topping out at 150 mph, missing the category 5 classification by just 7 mph. Residents in the states are now picking up the pieces as the system continues to travel northeast.

When Ida passed through New Orleans, the entire city lost power after the storm caused catastrophic damage to the transmitters. Homes flooded, leaving people to find safety in their attics, just like they did 16 years ago. NOLA Mayor LaToya Cantrell said there was major damage to the city, but the levees around the state were fine. So far, the state has confirmed two deaths.

Ida also hit Mississippi when it came ashore. More than 120,000 were still without electricity the day after the storm. A highway collapsed as Ida passed through the state, leaving 2 dead and 10 others injured.

This is what it's like being in the direct path of a Category 4 hurricane. This was the scene Sunday in Port Fourchon, LA, as #HurricaneIda blasted through. https://t.co/wQEMcOJybV pic.twitter.com/aKlDkYpN59

Ida is traveling up through the mid-Atlantic and northeast. There are reports of flooding and tornadoes in the Appalachians, the same area impacted by Tropical Storm Fred a week ago. That storm left at least 5 dead in North Carolina and 22 in Tennessee.

There are still three months left in the Atlantic Hurricane season, leaving plenty of opportunity for more storms. Visit FEMA’s website to learn how to prepare for possible hurricanes if you live in an area impacted by the systems.