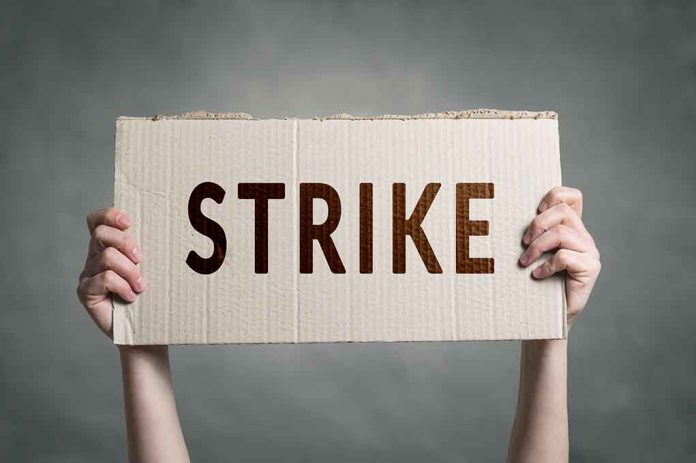 (UnitedVoice.com) – Thousands of New York City nurses agreed to return to work, ending a strike that paralyzed several of the city’s hospitals. The nurses and two major hospital systems negotiated a pay deal persuading the caregivers to call off the strike. The deal could resolve years of festering issues in NYC hospitals if it holds.

On Monday, January 9, around 7,000 nurses working in NYC’s Mount Sinai and Montefiore hospital systems walked out in a dispute over pay and working conditions. The two systems were the last in the state to negotiate deals with the New York State Nurses Association (NYSNA). The medical health professionals had called for better wages and improved staff-to-patient ratios because an increase in respiratory illnesses in several wards intensified pressure.

The NYC nurses strike has ended as both sides reached a tentative agreement. pic.twitter.com/JkBiKjDXdU

After more than three days of striking, it seems the two sides reached an agreement. The “tentative” deal between the NYSNA and Mount Sinai will give nurses an 8.5% pay raise over 2022 levels, with further increases of 7.7% and 7.8% following in 2024 and 2025. Retired nurses aged 60-65 will receive a Health Reimbursement Account plus annual payments of up to $15,000 towards health insurance costs. The agreement also guarantees higher staff levels, with enforcement clauses to ensure hospitals meet them.

New York Governor Kathy Hochul (D) rushed to congratulate the nurses on the deal. She said she’d been working ”round the clock” to push negotiations. Hochul berated hospitals for not hiring more nurses earlier, claiming they hired temporary staff during the strike.