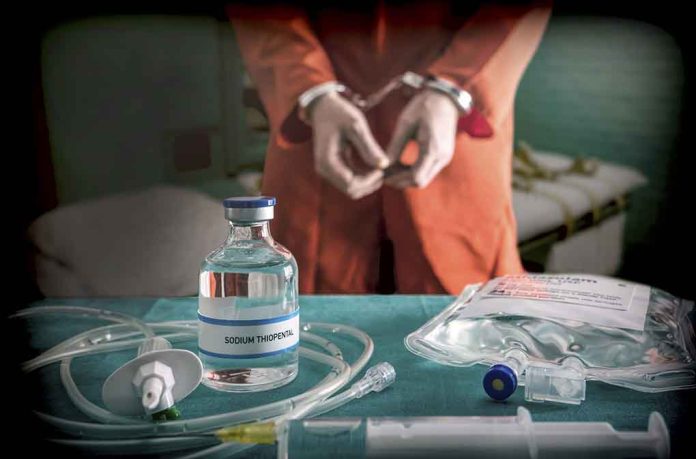 (UnitedVoice.com) – Over the last decade, the US Supreme Court has repeatedly stated Americans have a Constitutional right to worship and expression of religion. Across the country, death row converts to religious beliefs have exercised their religious rights right up until the state executed them for violent crimes. Still, some states prohibited expressions of faith, citing security or other concerns. Each time the issue comes before them, the Supreme Court has sided with religious prisoners on death row, and now, it’s doing so once again.

On Thursday, March 24, the Supreme Court ruled that Texas must allow a death row inmate’s pastor to be present at his execution. Unlike previous cases, this one had a unique twist. The death row inmate wants his pastor to touch him and pray aloud in the execution chamber as he dies.

In 2004, the courts sentenced John Henry Ramirez to death for stabbing 29-year-old convenience store worker Pablo Castro during a robbery. Ramirez only netted change as Castro passed away, leaving behind nine children and 14 grandchildren.

While in prison, Ramirez struck up a relationship with Pastor Dana Moore. By all appearances, Ramirez became a converted man of faith. When prison officials denied Ramirez’s request for Moore to be present, touch, and pray over him while he died, he sued. A Federal District Court judge in Houston ruled against Ramirez. The judge said as long as prison officials allowed the pastor by his side, that was adequate. A divided three-judge panel of the Fifth Circuit Court of Appeals agreed with the lower court decision.

In an 8-1 ruling, the US Supreme Court disagreed. Chief Justice John Roberts wrote for the majority. He noted the government has a compelling interest in ensuring decorum and preventing execution disruptions. However, he added the government’s concerns could not violate reasonable religious requests. Roberts further stated that the United States has a deep history of clerical prayer at the time of execution, dating back further than the nation’s founding. The majority saw no reason to bar traditional forms of religious exercise at the time of an execution.

It appears the Supreme Court will always err on the side of religious freedom and expression. In a concurring opinion, Justice Brett Kavanaugh offered some advice to state prison officials. He warned they ought to stop prohibiting religious freedoms just because someone is on death row or being executed.

To avoid further unnecessary lawsuits, Kavanaugh said officials would be wise to accommodate an inmate’s reasonable request to allow a spiritual advisor of any faith to be present and participate in religious activities in an execution room. The justice stipulated that they could restrict certain activities if the activity meaningfully interferes with safety, security, and solemnity.

Kavanaugh added allowing reasonable religious accommodations would prevent further delays of an execution and serve to provide justice and closure to families.

What do you think? Should death row inmates be allowed to have their spiritual advisors present, no matter their faith, or did they give up that right when a court convicted them to die?