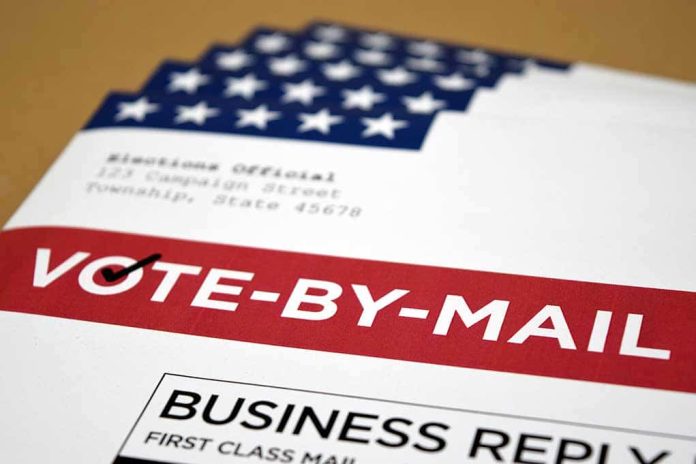 (UnitedVoice.com) – On Thursday, July 1, the Supreme Court ended its term on a consequential note. Through the last month, the 6-3 Republican-led majority found itself voting unanimously with the minority Democratic-confirmed justices several times. On Thursday, July 1, that abruptly ended when the Conservative Justices agreed unanimously on a common-sense case involving election integrity.

In the wake of the 2020 election, Arizona led the fight against potential voter fraud. It passed two laws that Democrats charged violated the 1965 Civil Rights Act. The first dealt with voting at the proper precinct. The second stated that no one other than the voter, their family member, or a caregiver could present a provisional ballot to election authorities. In response, the Democrat National Committee (DNC) challenged the law. The Democrats were sorely defeated on a 6-3 decision that upheld Arizona’s law and overturned a 9th Circuit Court of Appeals ruling.

Like many states, Arizona’s law seeks to balance fighting election fraud and cheating with ease of voting. The court ruled that it is constitutional to mandate that people vote at their assigned precinct, or their vote doesn’t count. Second, the court ruled for the state’s right to make it a felony to submit a provisional ballot on someone else’s behalf. As a result, the court said neither provision violates the 1965 Voting Rights Act.

The majority ruling acknowledged the balance the state struck in protecting the integrity of the election and voter rights. The prevailing opinion said that Arizona “generally makes it quite easy for residents to vote.” Justice Alito even acknowledged that the state “made extensive efforts” to ensure voters were mailed notices when precinct locations were changed and required election officials to mail sample ballots to the home of registered voters with the location of the voters polling location.

Additionally, the court recognized that the Arizona secretary of state’s office mailed pamphlets with polling information, made an easily accessible website to find the information, and took phone calls to answer voter questions. Alito added that identifying and traveling to a proper voting location doesn’t exceed the “usual burdens of voting.”

Democrats argued that the Arizona law would make it harder for people to vote. However, the court said the plaintiff couldn’t prove their claim that the law disproportionately hurt minorities.

Saving the best for last, Justice Alito reminded legislators and activists across the country that, “Under our form of government, legislators have a duty to exercise their judgment and to represent their constituents.” The justices added that to suggest lawmakers are doing someone’s bidding is insulting.

In a swipe at congressional Democrats intent on federalizing elections and using the courts to stop them from exercising their Constitutional duties, Justice Alito added that there is nothing Democratic about “a wholesale transfer of the authority to set voting rules from the States to the federal courts.”

Last week, Democrats filed a lawsuit against Georgia that could come back to bite them. They alleged the state GOP is committing voter suppression against minorities despite the state law increasing voting opportunities and imposing rules less restrictive than in Delaware, New Jersey, and New York.

When it comes to the Democrat’s desperate allegations, it’s time for them to put up or shut up.