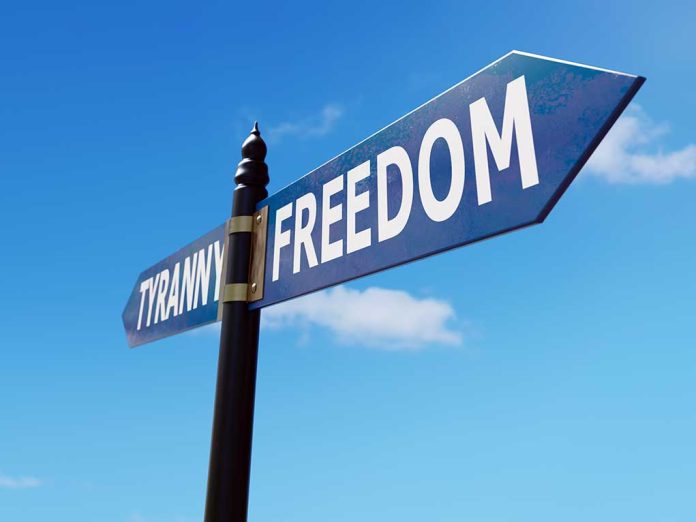 (UnitedVoice.com) – As America continues to wrestle with COVID-19 variants in the political arena and Congress rams through trillions of dollars of spending, it’s bound to have an impact on Americans. For nearly six months, inflation has skyrocketed, and Biden’s war on energy caused gasoline, electricity, and home heating prices to surge. In addition, over the last 20 months, Americans experienced a new phenomenon in COVID restrictions and mandates. So, it’s understandable if many Americans feel like Scrooge this holiday season.

While many Americans focus on the national conversation, much of the challenges presented to the country over the nearly last two years occurred at the state level. Recently, the Cato Institute released its bi-annual Freedom in the 50 States report. The study compares states on a host of factors that drive economic and personal freedoms. Guess which states are the least free and who’s the freest. You may or may not be surprised.

Regardless of your political affiliation, there is something to be said for the differences in how a state’s partisan makeup determines whether or not one is more restrictive or free. The report uses around 230 metrics ranging from state taxes to debt, property rights and eminent domain laws, occupational licensing requirements, illegal drug policies, and choice in education. The Cato Institute first started the report in 2000.

New York is the most consistent state for taking the top spot among the least free states. Once again, the Empire State is the biggest loser among a host of losers, and it continues to be the worst state since the beginning of the report 21 years ago. What’s driving the state’s ranking? Economic freedoms lead the way. The state is the classic liberal stereotype for high taxes. However, its harsh pandemic response and attack on religious freedoms in 2020 didn’t help matters.

The second worst state was Hawaii. California, New Jersey, and Oregon followed behind. What each state has in common is Democrat leadership and shrinking populations, presumably toward freer states.

You might be inclined to believe Texas is among the freest states in America. It’s actually in the middle at number 21. While it’s in the top ten in the economic freedom score, its personal freedom score is lacking. Criminal justice policies, crime rates, and incarceration rates are well above the national average.

So, who’s leading the way? Believe it or not, it’s tiny New Hampshire. Most people don’t see that one coming. The state enacted tax cuts and passed educational freedom accounts for school choice programs over the last few years. The Granite State’s tax burden is almost non-existent, unemployment is low, and the state carries very little debt.

Would it be surprising to know some of the freer states also see some of the most significant population gains? That could transform the electoral map as GOP states see larger numbers of congressional seats, and most less-free states see a decline. It’s more proof Americans continue to want to live in states that offer more personal freedoms and economic opportunities long-term. Over the next 5 to 10 years, the report could suggest more movement could occur, and Conservative strongholds could become more prominent.

Only time will tell for sure. For now, the trend looks positive for Conservatives.