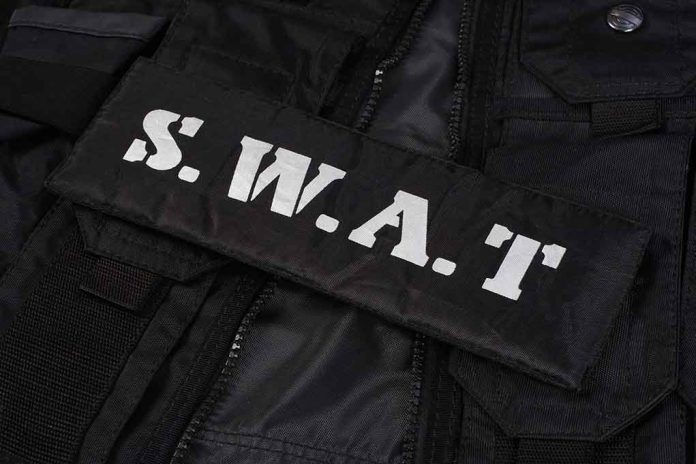 Swat Team Gets Shot Up After Trying To Raid Apartment

(UnitedVoice.com) – On August 21, Philadelphia police found 34-year-old Theodore Bell dead in the driver’s seat of a white SUV. The victim suffered a gunshot wound, and the city logged his name into its annals of unsolved cases. Nearly eight weeks later, a young man wanted in connection with Bell’s death got into a shooting war with SWAT officers sent to arrest him — and lost.

Raheem Lee, 19, allegedly opened fire on cops through the door and windows of a property they surrounded before fleeing through a back entrance. He found more police waiting there and engaged in another shootout. Police gunfire fatally wounded Lee, but emergency personnel transported the teen to a local hospital, where doctors pronounced him dead.

The officers were taken to Jefferson University Hospital, where they were listed in stable condition. https://t.co/KSKuJuQdwo

Mayor Jim Kenney (D) said all three officers injured by gunfire are recovering. Two received superficial leg wounds, and doctors released them after treatment. The third officer took fire to his chest but wore a vest; he remains in the hospital in stable condition.

Philadelphia Police Deputy Commissioner John Stanford, fed up with the gun violence in his city, called for longer jail terms for criminals with lengthy arrest records for the good of the public at large. Stanford believes dedicated officers and innocent citizens will continue to pay with their lives without accountability.