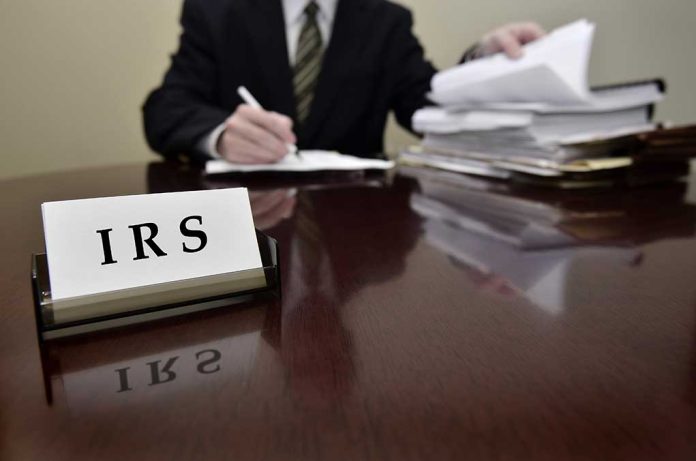 (UnitedVoice.com) – In early August, President Joe Biden signed the $740-billion Inflation Reduction Act into law. Many consider it a scaled-down Build Back Better bill. One of the main provisions in the legislation was an $80-billion plan to beef up the Internal Revenue Service (IRS). After the bill became law, many people expressed concern the IRS would use the new 87,000 employees to target middle and lower-class taxpayers. The agency’s leadership disputed the claims and said it would focus on customer service.

Apparently, only a minimal amount will go towards the agency keeping its promise. Still, on Friday, August 19, IRS Commissioner Charles Rettig forwarded a bureau-wide email saying the IRS was moving quickly to begin work using the windfall Democrats gave it. He also announced a new department called the Transformation & Implementation Office (TIO). Its purpose is to implement the IRS-related provisions of the Inflation Reduction Act. His choice to head the TIO is causing some controversy.

Rettig told the 78,000 plus employees of the federal tax collection bureau that Congress gave them a once-in-a-lifetime opportunity to transform the IRS. He revealed Nikole Flax would lead the CIO. She’s currently the Deputy Commissioner in the Large Business & International Division. Her name may not be familiar, but millions know her old boss.

At that time, the Director of the Exempt Organizations Division was none other than Lois Lerner, who refused to testify or share information after her computer suddenly crashed, losing all her emails and documents. She expressed concern that anything she said could incriminate herself.

Lerner’s computer wasn’t the only one that mysteriously became disabled. Six other IRS computers shared the same fate simultaneously. One belonged to Lerner’s chief of staff, Nikole Flax.

Could Appointing Flax Be Salt in the Wound?

Republicans, independents, and some Democrats have expressed apprehension over the IRS using the majority of its funds to target middle-class Americans to squeeze them for money. Fears are mounting that’s exactly what’s likely to happen. On Tuesday, August 29, the New York Post reported only $3.2 billion, or 4% of the $80 million the IRS is getting, will go towards improving customer service. The agency will use nearly $46 billion, or 58%, to increase monitoring and compliance.

Guess who’s leading the charge in these decisions?

Will Flax’s appointment increase concern among conservative lawmakers? Will it cause a deepening partisan rift considering her suspected role in targeting Tea Party Groups?

This much is sure. It’s unlikely to put anyone at ease.