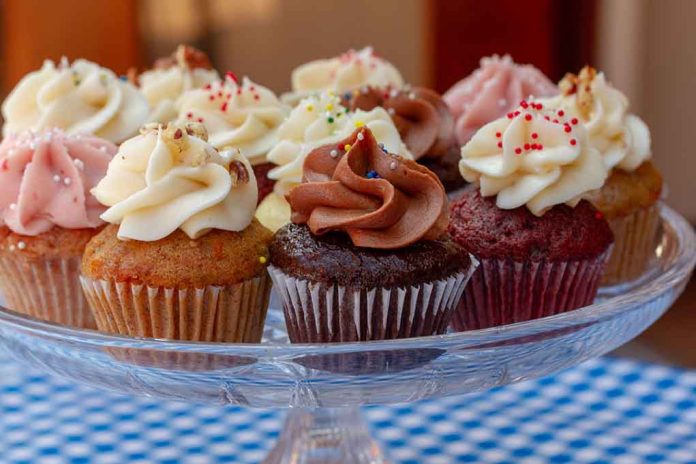 (UnitedVoice.com) – A Louisiana school teacher pleaded guilty to sex offenses against children in her care. Her former husband, an elite cop with the local sheriff’s office, is also charged with multiple heinous crimes.

There are no words for this.
https://t.co/tuK4av4YoP

Cynthia Perkins was sentenced to 40 years of hard labor in a deal that requires her to testify against her ex-husband, a former sheriff's lieutenant.

On February 17, Cynthia Perkins, a 36-year-old former junior high teacher in Denham Springs, Louisiana, entered a guilty plea on multiple counts of rape, producing child pornography and conspiracy mingling of harmful substances. Among other things, Perkins is alleged to have fed children cupcakes that contained her husband’s semen. When their home was raided in 2019, officers found hidden cameras in the bathroom and attic, and at least one photo of the couple with a nude child.

Perkins’ ex-husband Dennis, 44, a lieutenant with the local SWAT team, was immediately fired by the Livingston Parish Sheriff’s Office after the raid on the couple’s home. He’s facing the same charges as Perkins, plus obscenity, video voyeurism and possessing child pornography. Sheriff Jason Ard said that while Dennis Perkins was a friend and long-serving officer, “no one is above the law.”

As part of her plea agreement, Cynthia Perkins has waived the right to appeal and has agreed to testify against her ex-husband. She was sentenced on Friday, February 18, and will spend the next 41 years at hard labor. Her ex-husband is likely to spend decades in jail as well. Is this a victory for law and order, or should two sexual predators like this have been uncovered before they worked their way into positions of responsibility?