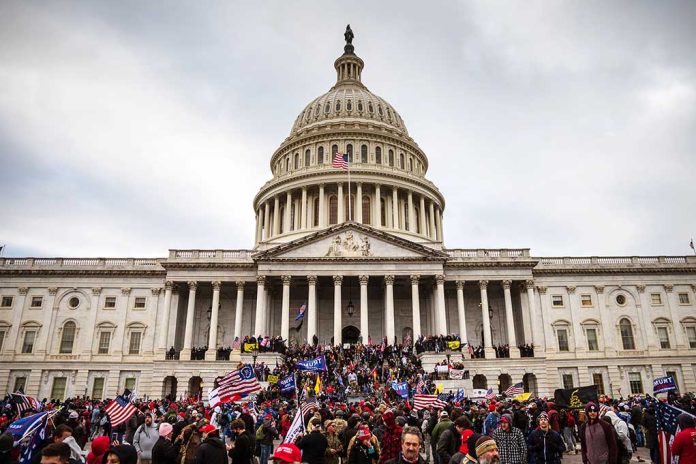 (UnitedVoice.com) – Americans from across the country attended President Donald Trump’s “Stop the Steal” rally on January 6, and many of them did nothing more. A Massachusetts teacher was one of the attendees that day. He was later pictured standing outside of the US Capitol building and subsequently quit his job. On November 2, the former educator won a school board seat.

In February, after photos emerged of him on January 6, Braintree High School teacher Matthew Lynch faced backlash on social media and endured visits from the FBI. He tendered his resignation after 10 years of teaching. He shared his resignation letter with Patch, saying he could “no longer be true” to himself while serving as a teacher. He explained that as a former intelligence analyst, he had a different perspective about what was happening in America and felt he needed to “make [his] voice heard in the town of Braintree.”

When Lynch handed the letter to the school principal, he said he would run for a position on the school board. He kept his word and went on to win the election.

"A teacher who resigned after a photo emerged of him at the January 6 riot at the Capitol has won a seat on a school committee in Massachusetts.

Matthew Lynch, 35, won one of three seats on the Braintree school board committee after getting 2,319 votes…"https://t.co/Rf1MNxLjj6

After the photos emerged of Lynch at the event, he slammed the Left for trying to paint him as a domestic terrorist. He referred to the people who shared the photo as part of a “digital lynch mob” that “decided they would take ‘justice’ into their own hands.” The FBI later visited his school board campaign but never charged him with any crimes. The federal agency refused to tell the press if he was even under investigation.

Lynch told The Patriot Ledger his priority would be to put decision-making back into the hands of parents, not the state.