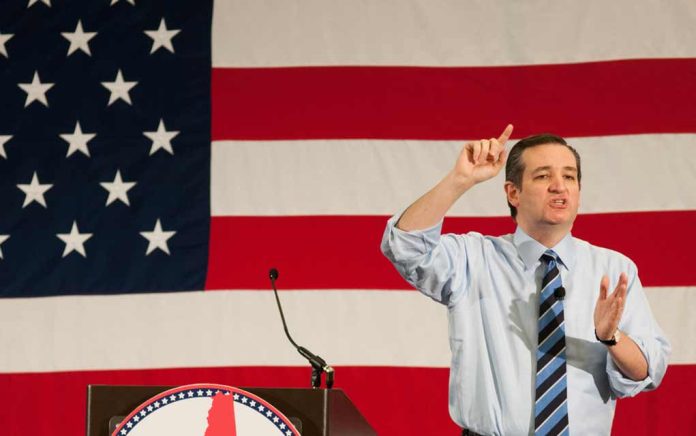 (UnitedVoice.com) – Senator Ted Cruz (R-TX) has introduced a bill aimed to protect the very first of the issues the founding fathers put into the Bill of Rights: freedom of religion.

Throughout the coronavirus pandemic, state and local governments have treated places of worship much differently than they have any other business or service, and this law looks to penalize jurisdictions that continue on in the same manner.

The SACRED Act, as the senator termed it, would block these state and local governments from receiving any funds that might be earmarked for them in future COVID-19 stimulus bills. Attorney General (AG) William Barr would have the authority to designate an area as one practicing discrimination, and conversely, would have the authority to lift the ban when they comply.

The proposal will likely elicit a firestorm of criticism from the Progressive Liberals if they seem to think gathering to pay homage to anybody but them is a serious violation that would allow the virus to spread. At least Americans can take hope in the fact that there are still politicians who will defend their rights.