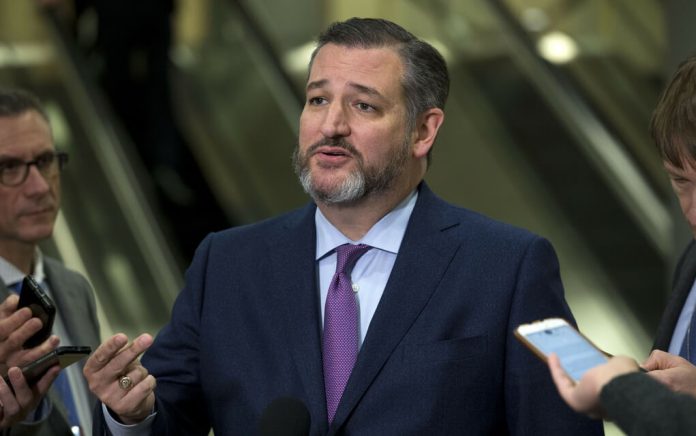 (UnitedVoice.com) – During the early days of the COVID-19 pandemic, Americans saw the far-left agenda in action for the first time. The Left believes the government has the power to control people’s lives instead of empowering them to live on their terms. In liberal states and communities, lockdowns and shutdowns persisted for over a year in one capacity or another.

In late 2020 and early 2021, the Supreme Court ruled states and local governments had no right to allow some businesses to flourish while restricting the Constitutional right of freedom of religion. Over the last year, congressional Democrats and President Joe Biden attempted to hijack the election system, change the economy, and transform society and government.

On Thursday, April 7, the Senate voted to confirm Ketanji Brown Jackson to the US Supreme Court. Ahead of the vote, Sen. Ted Cruz (R-TX) told Fox News host Mark Levin on Sunday, April 3, the US was close to losing fundamental rights. He warned that too many Republicans were willing to go along with the Democratic agenda while toeing the line as conservative Republicans.

Currently, the US Supreme Court has a 6-3 Republican-nominated majority. However, Chief Justice John Roberts isn’t always a solid conservative vote and occasionally votes with liberal Justices on significant issues. While Democratic-confirmed Justices almost always vote together, the Chief Justice voted against Conservatives on Obamacare several times, abortion law, and immigration.

Cruz argued the court is deciding too many significant landmark cases on a 5-4 basis. He said the country is one vote away from the Supreme Court stripping Americans of precious fundamental rights. The influential conservative Senator said the newly confirmed Justice would vote to reverse Second Amendment rights and the death penalty, among others.

Some Republicans Back Judge Jackson

On the Judiciary Committee, Republicans argued Jackson would serve as a liberal Democratic partisan with a questionable judicial record. Most Republicans refuse to support her nomination, citing her judicial philosophy because, in some cases, Jackson refused to interpret the Constitution’s original meaning at the time Congress ratified the Constitution in 1787. Others said Jackson would rule based on her liberal leanings instead of the plain meaning of the Constitution and law. Still others expressed deep concerns Judge Jackson wouldn’t denounce court-packing.

So, is Senator Cruz right? Are some Republicans wolves in sheep’s clothing? Is America only one vote away from losing precious Constitutionally guaranteed rights?

Only time will tell.