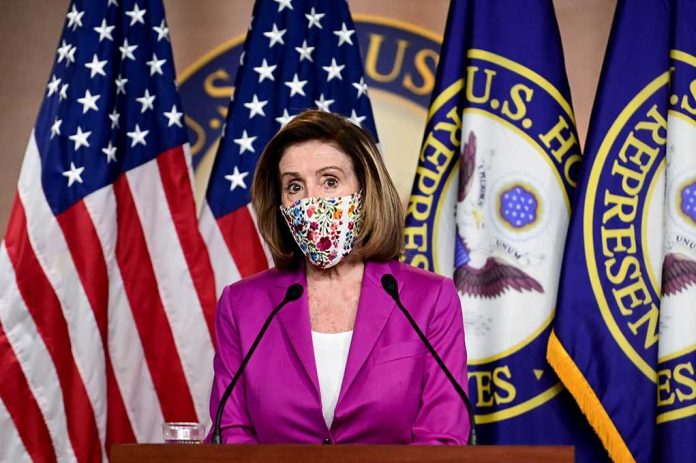 (UnitedVoice.com) – On July 12, a group of Texas Democrats fled the state in order to deny Republicans the quorum they needed to pass election security bills. They headed to DC, where they reportedly attended an event with DC staffers from both the White House and Speaker of the House Nancy Pelosi’s (D-CA) office. Now staffers and lawmakers are testing positive for COVID-19 and Republicans can’t help but point out the irony (and hypocrisy).

At least six Texas lawmakers have COVID-19 along with several DC staffers. All of those who tested positive for the virus were fully vaccinated. However, as health officials have repeatedly pointed out, the vaccines are not 100% effective at preventing illness. Their purpose is to prevent serious illness and death, even then, some people might still lose their lives to the virus.

Rep. Dan Crenshaw (R-TX) asked people to think about how the media would react if the situations were reversed and Republicans were the ones who were sick.

Rep. Lauren Boebert (R-CO) slammed the lawmakers for putting everyone else in danger. Her comments came before the number of people infected grew.

Three of the self-imposed Texas Democrat fugitives have contracted COVID-19.

Looks like they now will all need to be in quarantine.

Hope that virtue signaling was worth it, guys!

It’s almost as if the universe is telling the Democrats they should’ve stayed in Texas. Perhaps they would not have been at a superspreader event if they’d been doing their jobs instead of passing COVID-19 between each other.