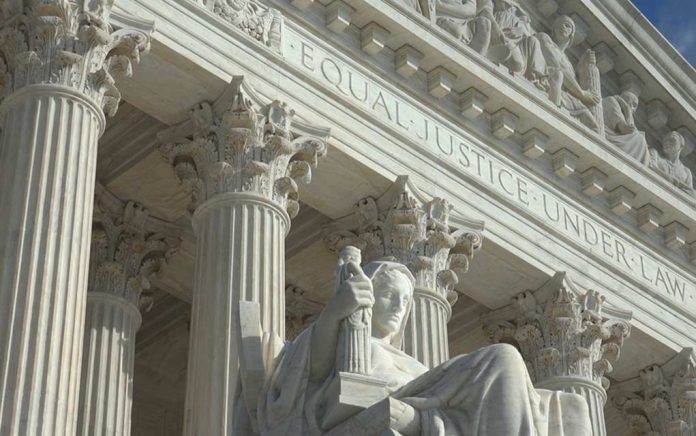 (UnitedVoice.com) – Turmoil rages in Washington, DC, in the wake of the Sept. 18 death of Justice Ruth Bader Ginsburg. The White House and Republican-led Senate vow to replace her swiftly, while Democrats promise to go medieval if those efforts succeed. The stakes couldn’t be any higher, and numerous election experts expect the Supreme Court of the United States (SCOTUS) to ultimately decide the results of the presidential election.

At the same time, an outcome pleasing both Republicans and Democrats is possible, perhaps even likely. It’s doubtful any nominee could garner 96 affirmative senate votes like Ginsburg did in 1993. But, the right nominee could take the country far toward healing the political chasm consuming Washington, DC, for years.

The president’s campaign announced over the weekend that he would select a woman to replace Ginsburg, and on Monday, he said he was considering four or five jurists for the appointment. Trump also promised to make his nomination Friday or Saturday after the nation had time to pay its respects to Ginsburg.

Two jurists on the president’s shortlist stand out as potential compromise appointments: Amy Coney Barrett and Barbara Lagoa. Each likely nominee has attributes that could be appealing to Senators on both sides of the aisle.

President Trump nominated Barrett,48, to serve on the Seventh Circuit Court of Appeals in May 2017, and the Senate confirmed her later that year. She’s considered a Constitutional “originalist,” with views closely paralleling those of former Justice Antonin Scalia. However, Barrett vowed to follow all SCOTUS precedents “without fail” during her confirmation hearings, an issue of deep concern for Democrats.

Perhaps her greatest asset is the fact she garnered bi-partisan support during her Senate confirmation hearings by a vote of 80 to 15 — unprecedented in this day and age.

The Time Is Now!

A president’s time in office is brief, eight years at most. However, the Supreme Court justices’ influence can last for decades, particularly when nominees are as young as Barrett and Lagoa.

With the future of Roe v. Wade, Obamacare, same-sex marriage, and other critical legal issues at stake, the time is here and now for President Trump to lock in a solid Conservative majority in the Supreme Court.