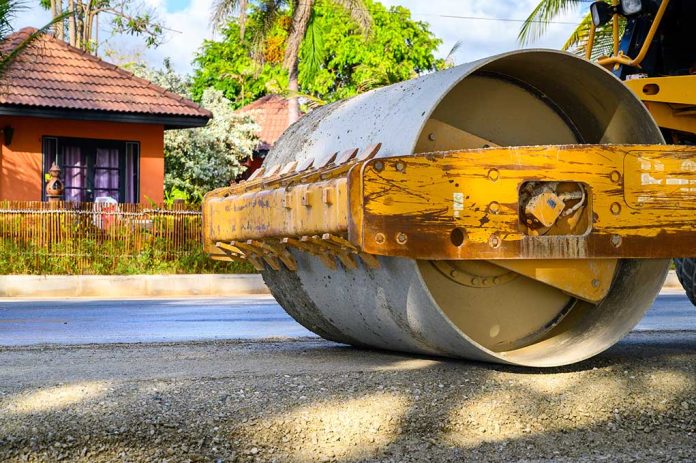 (UnitedVoice.com) -The Left is in serious denial. Their best-laid plans are in jeopardy of failing on a grand scale. Moderates warned the Democratic leadership, yet they refused to listen to the wake-up call from centrists whose districts don’t align with the Left’s agenda. The extremists believe that America is on their side. Yet, for all the crowing about what America supposedly wants, Representatives and Senators aren’t voted in by America. They are voted in by districts and states that demand their views be represented in Washington, DC.

Strongarm tactics by the Left are shocking but not surprising. In mid-September, three moderate Democrats on the House Energy and Commerce Committee blocked a radical prescription drug plan. The proposal would allow the government to blackmail companies into lowering drug prices or face steep financial repercussions. Democrats temporarily found a way around them, and now they are daring the centrists to vote against the drug prescription proposal again next week. Will the steamroll tactic work?

The Left Challenges Moderates to Vote Against Them

In a game of political chicken, the Left uses every trick in the book to force the hands of moderate Democrats. Nothing appears off-limits. They are threatening and coercing them. After the centrists blocked the prescription drug plan in committee, the House Ways and Means Committee passed the blackmail drug pricing proposal, setting it up for a vote in the House next week. House Speaker Nancy Pelosi (D-CA) can only lose three votes. Well, three already voted against the measure and threatened to do it again.

House Budget Chair John Yarmuth (D-KY) said pulling the centrists along is a lot like herding cats. On Tuesday, he told the moderates they can push for their priorities until they’re blue in the face, but in the end, they will vote to pass the prescription drug proposal whether they like it or not. Of course, he used guilt as the motivator by suggesting they won’t vote against child care and family paid leave. Never mind the bad in the bill that will hurt families. That doesn’t matter.

Yarmuth repeated a familiar Biden refrain of late. In a veiled threat, the House Ways and Means Committee chairman said the House leadership’s tolerance is about to end. So, here’s the tactic: if the Left can’t persuade moderates, they’ll try to strongarm them instead.

Since when does that tactic work with Americans?

What’s really happening is the reconciliation bill is in serious jeopardy. Without the prescription drug reduction blackmail plan, the government can’t save the billions of dollars it needs to pay for other socialist healthcare initiatives in their radical plan. They say the bill attempts to help people; it’s actually about government power, overreach, and a socialist agenda in serious peril.

Rep. Scott Peters (D-CA) says the Left’s plan will destroy American science and medical innovation. The California Democrat says he’s trying to make that case and added that his position is unequivocal. He’s a “no” vote. On Friday, September 17, Rep. Kathleen Rice (D-NY) backed Peters up and wrote that voting against the prescription drug plan is the right thing to do.

House Leadership Is Failing to Listen

Despite the threat from the centrists, the House leadership isn’t listening. It’s stubbornly pushing forward with the Left’s agenda. Complicating matters for them, Pelosi says they are talking with the Senate, but which Senators have her attention? Clearly not Sen. Kyrsten Sinema (D-AZ). The moderate Arizona Senator is standing firm that she will not vote for a $3.5 trillion bill and is very opposed to both the Left’s prescription drug plan and the moderate’s scaled-back version.

There is real doubt that Joe Biden’s signature legislation will ever get signed into law. Compromise is a part of the legislative process, and right now, there isn’t much of that going on. On Monday night, Pelosi warned her Democratic colleagues that the reconciliation proposal might shrink. If that happens, it could anger the far-left and derail the two-track infrastructure proposals.

Does the Left care? Not one bit. They believe the misfit moderates will ultimately cave under the weight of their threats.

We’ll see. Time is running out, and the odds are against them at this point. However, in the blink of an eye, anything can happen.