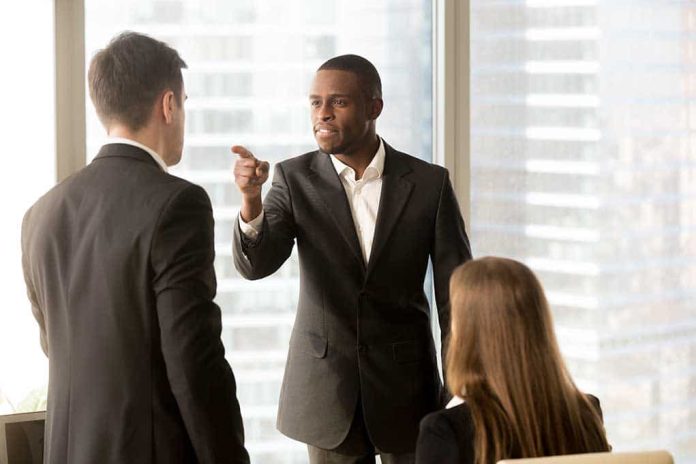 (UnitedVoice.com) – Over the last two decades, public school systems across America worked overtime to stop bullying. It appears the Left didn’t get the message: Bullying is bad for society. As House Speaker Nancy Pelosi (D-CA) recalls the House a month early from its summer recess, a high-pressure campaign against Moderate House Democrats is underway.

There is a lot at stake for Democrats. It’s near the end of August, and all the Left has to show for their efforts so far this term is the partisan $1.9 trillion American Rescue Act. In previous times, Democrats would have considered it a heroic victory. Today, it’s not good enough for the Left, who believes it controls Congress and the presidency. As Democrats try to force through a $3.5 trillion go-it-alone partisan “human” infrastructure proposal, it looks less likely it will pass without intervention.

If the block of centrists doesn’t vote with the left-wing of the party, they’ll doom the reconciliation bill. In this negotiation, they hold the power. However, Pelosi and the Democratic House leadership are unwilling to recognize that reality. Where they are concerned, there’s always a way, even when there isn’t one. Pelosi just needs to find the right pressure points to force everyone in the party to fall into line.

On Friday, August 20, several Centrist Democrats said they were getting disturbing phone calls from the Democratic Congressional Campaign Committee (DCCC).

The bullying is so intense that the DCCC is warning if they don’t take the first step and vote to move the reconciliation bill forward, it could financially cut off the Moderates in the 2022 midterm elections. It’s so serious that DCCC Chair Sean Patrick Maloney (D-NY) personally called to warn the Moderates if they don’t vote the way Pelosi wants them to, the Democrat majority is in trouble next year.

Of course, the nine Centrist Democrats said Maloney didn’t directly threaten their election funding. He didn’t have to because his meaning was clear. Why else would he call them? It’s not hard to see. The DCCC said they never threatened to withhold anyone’s funding. It’s classic hardball tactics at its best.

Is the Go-It-Alone Reconciliation Proposal Set up to Fail?

There are severe challenges with Joe Biden’s two-track signature infrastructure plan. Politicians often state infrastructure is a bipartisan “no-brainer.” That’s a lie. Infrastructure hasn’t united Congress in over a decade. Complicating this go around, the Democrats and the media are misleading Americans about their “human” infrastructure plans. It’s not infrastructure at all. It’s a far-left hijack of the issue to increase the size of government, expand social programs, introduce the Green New Deal, and other plans that would trap millions of Americans in government dependency.

In the Senate, at least two Democrats are lining up against the Left’s ideas. Moderate Sens. Joe Manchin (D-WV) and Kyrsten Sinema (D-AZ) recently said they would not agree with the Democrat’s plan as proposed. They say it’s too expensive and far-reaching.

The nine Moderates in the House say they will oppose the larger human infrastructure deal unless the members first pass the Senate bipartisan deal. On the other hand, the left-wing of the House threatens to block the bipartisan bill if Pelosi doesn’t hold it hostage for passage along with a final reconciliation bill in the fall.

So, we’re at an impasse. Republicans couldn’t write the script better.

The House returned to Capitol Hill on August 23, let the fun and games begin.