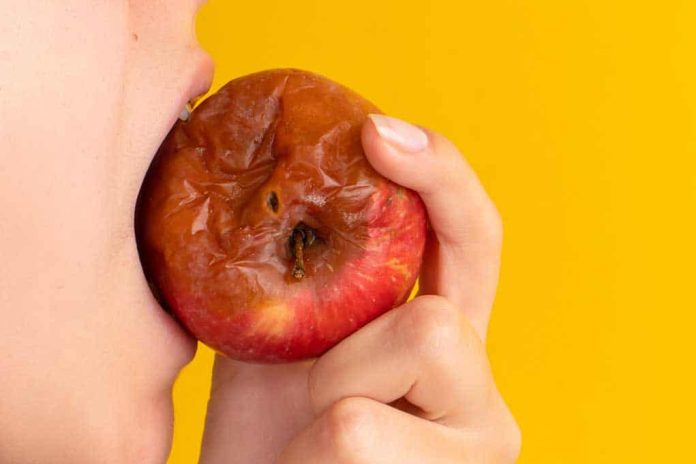 (UnitedVoice.com) – Now that the House is back in session after its summer recess, the cracks between the Left and Center are widening as Democrats try to force a partisan “human” infrastructure scam on America. On Wednesday, September 15, three House Moderate Democrats put the entire Democratic agenda in trouble. Reps. Scott Peters (D-CA), Kurt Schrader (D-OR), and Kathleen Rice (D-NY) joined Republicans on the House Energy and Commerce Committee to kill the Democrat’s cornerstone prescription drug plan.

For years, Democrats said they would pass legislation that would force drug companies to reduce their prices on prescription drugs. However, it’s a much more important issue than just drug prices for consumers. If Democrats fail to include the provision in a final bill, it could kill the reconciliation bill altogether.

For the Democrat’s broader healthcare agenda to work, they needed a way to pay for it. So, they concocted a scam on the prescription drug industry. By allowing the federal government to negotiate drug prices for Medicare, theoretically, it would save the government billions of dollars that the Democrats could use to expand Medicare’s reach and services.

However, as always, the devil is in the details. The Democrats tried to pull a fast one, and it’s questionable if the tactic the Left wants to employ is legal. To start with, the government wouldn’t be negotiating. It would be blackmailing companies into complying with its wishes. According to the legislative proposal, if the drug companies didn’t lower prices to a government-approved acceptable level, the government would slap an escalating tax on the drugs that would reach 95% of sales. One way or another, the Democrats would achieve their means. Of course, the pharmaceutical industry countered this wouldn’t amount to a negotiation. They say it’s a way to set prices at gunpoint.

Before the vote, Energy and Commerce Committee Chairman Rep. Frank Pallone (D-NJ) begged the three Moderates to vote with the Democrats to pass the measure out of committee. “I promise that your voices will be heard, either with a seat at the table or through me.” With the three Moderate Democrats joining Republicans, the vote was a tie. That prevented the drug-pricing scam from advancing into the House’s legislation.

While the controversial prescription drug plan could find its way back into the bill at some point, it’s unlikely in its current state. If it does, House Speaker Nancy Pelosi (D-CA) can only afford to lose three votes. Three Moderates already voted against one of the most critical provisions in the entire partisan proposal. Instead, a final bill will likely include a much slimmer requirement for drug prescription “negotiations” with pharmaceutical companies, and less money will be available to enact their radical health care plan.

If the drug price negotiation plan isn’t in the final bill, the Left is unlikely to vote for the measure. The more Democrats get into the weeds, the less likely they will fulfill their dreams. There simply aren’t enough Leftists in the House to pass radical legislation, but there are enough to kill it. Even if there were enough votes, it’s even more difficult to pass in the evenly divided Senate.

Stay tuned. There are a lot of twists and turns ahead, and anything can happen.