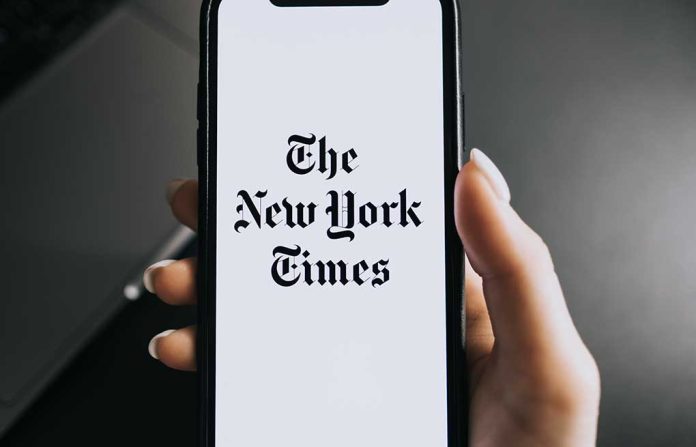 (UnitedVoice.com) – In May, the CDC released a report showing the number of firearm homicides rose nearly 35% from 2019 to 2020. Data also revealed 79% of homicides involved firearms in 2020, while gun-assisted suicides increased by 35%. In response to the report, The New York Times published an article attacking gun owners.

Federal officials weren’t sure why there’d been a surge in violence and suicides. They believe the pandemic certainly contributed to it. The newspaper also had a theory: a rise in the sale of firearms correlates to the increase in gun violence. According to the article, the increase in violence tracked with the accelerated sales of guns during the COVID-19 outbreak. Small Arms Analytics reported Americans purchased 23 million guns throughout 2020.

The New York Times uses a CDC report on homicides to attack gun ownership, blaming a "gun-buying spree" for the 2020 jump in murders. https://t.co/YDq7rr5mbJ

The Times then points out that just having firearms in a home increases the chances someone will commit homicide by 300% and “increases the risk of a suicide by a factor of 5.” The paper also blamed disruptions to the healthcare system, domestic violence, police protests, and “longstanding systemic racism” that has allegedly led to high poverty rates. Yet, the publication didn’t mention how frequently firearms saved the owners’ lives or the number of firearm thefts.

Do you believe the increase in firearms sales and racism are the reasons for increased homicides and suicides?