Each political party has to present its best candidate for the upcoming election. For the democrats, that’s easy.  They believes Hillary Clinton is the best the democrats can produce, in spite of her tainted past and highly questionable recent behavior in handling classified email information. According to the polls, many voters are willing to overlook those important issues simply because Clinton is a democrat, could be the first female president, kisses up to Obama, and is supported by the press.
Republicans believe that a win by Hillary would be devastating for America and for the republicans. Some commentators even go so far as to say, if Hillary wins, it would be the end of the republican/conservative party as the country slides to the far left. On the other hand, Donald Trump, who looks like he may be the republican nominee, is being attacked by his own party. The republican establishment is trying its best to convince everyone that a president Trump would be a major disaster, assuming he could beat Hillary.
As of late February, Trump is on a roll to will the primary. So how could he be stopped? One pundit suggests that Rubio and Cruz could team up, with the more popular of the two preselecting the other as VP. That strategy would combine their supporter base and push Trump into a losing position going into the final nomination.
Another scenario has Trump being destroyed by the press and the democrats going into the election. But, those who would lead the smear are concerned because Trump has unlimited personal funds, is formidable, smart, and not easily destroyed or scared.
Others believe that Trump will win the nomination based on momentum and delegate count, but then will lose when the republicans use the legal “brokered” process to select a nominee other than Trump.
Not to make light of the situation, but regardless of what happens, the next few months will be entertaining. The voters hold the future of American in their hands! Hopefully, all the details will be clear come November 2016 so we can select the best candidate for America.
Super Tuesday is 1 March 2016, when 12 states including Texas hold their primaries. The entire picture could change as the outcome unfolds next week.
Stay tuned for our take on the situation; in the meantime, let us know what you think. 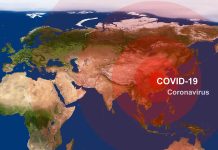 COVID Cases Down Significantly, US Still at Risk