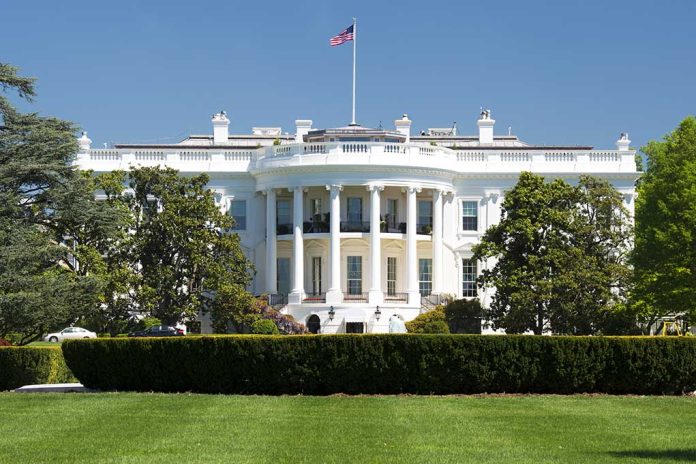 (UnitedVoice.com) – Overnight on Thursday, February 24, the Russian military escalated operations into Ukraine. Just days earlier, the Biden administration warned Americans strong sanctions against Russia would negatively affect the US economy. It’s so much worse than that.

America is reeling from Democratic policies ranging from COVID draconian orders in 2020 and 2021 to a war on US energy production. While Democrats pursued a far-left socialist agenda in 2021, they left America isolated, vulnerable, and weakened. Just 18 months ago, Democrats were screaming up and down the government needed to help vulnerable Americans on the cusp of losing their homes. Now, the White House is suddenly asking the same vulnerable people to sacrifice for the sake of democracy. It’s a head-turning event that’s shocking and disturbing.

In the 1980 presidential election, Ronald Reagan asked Americans if they were better off than they were four years before. Now you could ask: are Americans better off just one year after Joe Biden?

Between Democratic governor-induced shutdowns during COVID-19 that eviscerated the workforce and supply chains, and Congress flooding the economy with trillions of dollars, overheating it, it’s actually amazing the economy isn’t worse than it is. Still, inflation is the worst it’s been in 40 years. Nearly half of America has never experienced inflation this high, so fast – and they lived through the Great Recession.

Democrats told Americans it was patriotic to fight COVID-19 with the draconian measures and take care of each other. It’s amazing how the message has changed. While the US southern border is wide open to anyone who wants to come into the country, Joe Biden is prepared to defend the border of Ukraine against Russia.

Who’s going to pay for it?

The lower and middle class.

As if gas prices weren’t already high enough and inflation skyrocketing, Russian sanctions and spooked energy markets are about to unleash a whooping on those who can least afford the higher prices.

Guess Who Made America Weak?

According to most economists, in early 2020, the American economy was primed to come out of the pandemic on a potentially strong growth trajectory. For the first time in nearly half a century, former President Donald Trump’s energy policies made the United States energy independent. Oil prices hovered around $40 a barrel, and gas prices averaged just above $2 per gallon nationally. For the first time in a long time, America exported oil instead of importing it.

President Biden unleashed a war on US energy as part of the far-left climate agenda right out of the gate. As many predicted, it was a forced error that left the US economy vulnerable to energy markets largely dictated by Russia and OPEC. Almost overnight, gas prices began to rise. By November, Biden asked OPEC to pump more oil, as if their oil was cleaner than America’s oil. OPEC told him to take a hike.

Between Biden’s unilaterally-created emerging energy crisis and the Democrat’s spark of inflation due to overheating the economy with their partisan American Rescue Act in March 2021, American consumers are reeling under the weight of crushing increases on everything they purchase.

So, Biden and government officials say Russian sanctions will be an inconvenience. Tell that directly to Americans who are paying the price and making the sacrifices whether they like it or not.

Late Wednesday night, February 23, oil prices exploded 8%, and a barrel of oil went for $100 for the first time since 2014. On Thursday morning, the DOW futures dropped over 800 points. This news stings especially badly for the lower and middle class. The cost to fill up a tank just to go to work could increase twofold over the next few weeks. The cost of groceries, electric bills – it’s all going to rise. The value of retirement 401(k)’s is in jeopardy.

Could inflation top 10% or more?

It’s amazing how the conversation turned from helping the lower and middle class to asking them to sacrifice for democracy.

The question is, who’s democracy?