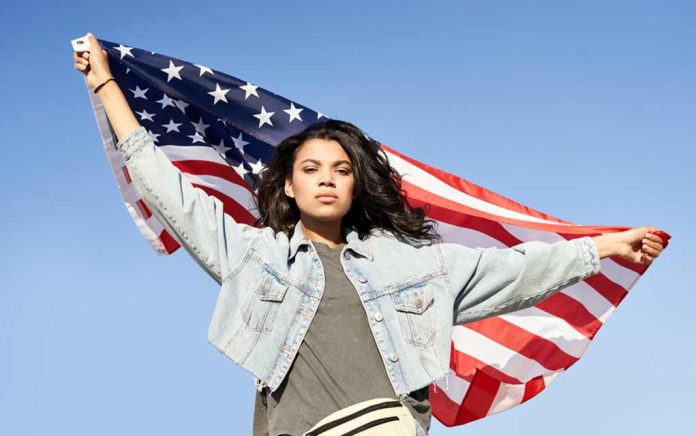 (UnitedVoice.com) – Conservative Republican women are on the rise, proving that liberal women aren’t the only ones with a voice to be heard. In the 2020 election, Republican women set a record as they doubled their ranks. Now, 36 of them will be serving in the new Congress come January 3, 2021. They are proving the GOP isn’t the party of old white men.

Unfortunately, that’s not what makes the news. It’s the far-left firebrands like Reps. Alexandria Ocasio-Cortez (D-NY), Ilhan Omar (D-MN) and Rashida Tlaib (D-MI) who get much of the attention. Nonetheless, for decades, liberals said that America needed more representation by women in elected politics. Of course, many of them advocated for more liberal women assuming all women thought the same. This many conservative women who won office came as a surprise.

This record-breaking group of ladies is varied, interesting, and represents America’s diversity and the sum of its experiences.

New Republican Women Are Ready to Make Their Mark

While liberal women receive recognition in magazines, tabloids, and the news, the newly elected Republican women are ready to leave their mark on history. They are a diverse group, from single moms to business owners. The first Cherokee Nation member elected to Congress is among them. Another is Cuban-American, and still, another grew up in a communist dictatorship in Ukraine. One is a fierce pro-gun advocate.

Much of these women’s success is due to Rep. Elise Stefanik (R-NY). First elected in 2018, she set out to help conservative women win elections across the country. Her efforts paid off big. Three of the elected women knocked off Democratic incumbents, giving House Speaker Nancy Pelosi (D-CA) the smallest majority in nearly a century.

Rep.-elect Nicole Malliotakis (D-NY) will take aim directly at AOC and said she intends to create an “anti-socialist squad” to combat and counterbalance the growing influence of the far-left group. She believes the left’s agenda has gone unchecked until now. Malliotakis is already putting together the coalition of conservatives to promote freedom and opportunity and prevent socialism from encroaching any further into American society.

Combatting liberal narratives has become a notable trend among these conservative women. They say they aren’t interested in playing gender politics. Instead of saying society is holding women back, Rep.-Elect Diana Harshbarger (R-TN) says she ran to ensure her son and grandchildren have the same opportunities she did growing up.

If “the Squad” can do it, this group of ladies believes they can, as well. Except, they’re doing it for conservatism and preserving America.