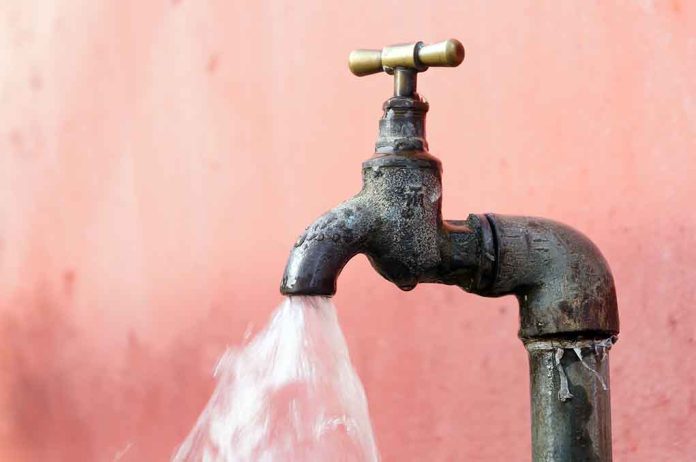 (UnitedVoice.com) – The 2014 Flint Water Crisis brought the issue of lead pipes back in the spotlight. Thousands of residents of the Michigan town were impacted by the poisoned water that traveled through those pipes. Although that scandal received a lot of media attention, tens of thousands of American children are suffering from lead poisoning and not all of it comes from bad pipes.

In September, JAMA Pediatrics published a study suggesting more than half the kids in the US have lead in their blood. Every year, doctors diagnose roughly 87,000 children with lead poisoning. Exposure to the metal can severely affect cognitive and physical development. It can also lead to death.

The US banned lead 30 years ago but it’s still found in old pipes, old paint and gasoline. In fact, lead is still found in pipes in all 50 states. Dr. Harvey Kaufman, a co-author of the study, said most kids in the country are exposed to lead despite it not being safe at all. Liz Colón, a Rhode Island mother whose son suffered lead poisoning, told The Guardian that exposure to lead is “the longest-running epidemic in” America. She explained there are “little Flint, Michigans everywhere” but kids need to be tested.

“Most American children are exposed to lead, a substance that is not safe at any level”

Learn more about lead poisoning in the US here: https://t.co/MSNSSew4ps

“Children all across the nation are at risk. Lead water pipes are still found in millions of homes in all 50 states”

Doctors have to test children to ensure they aren’t being exposed and those under age 6 are the most vulnerable. Tom Neltner of the Environmental Defense Fund told reporters American society is “losing IQ points” due to the problem.

Maybe instead of filling their legislation with expanded socialist programs, Democrats should concentrate on fixing the real problems in the country first.