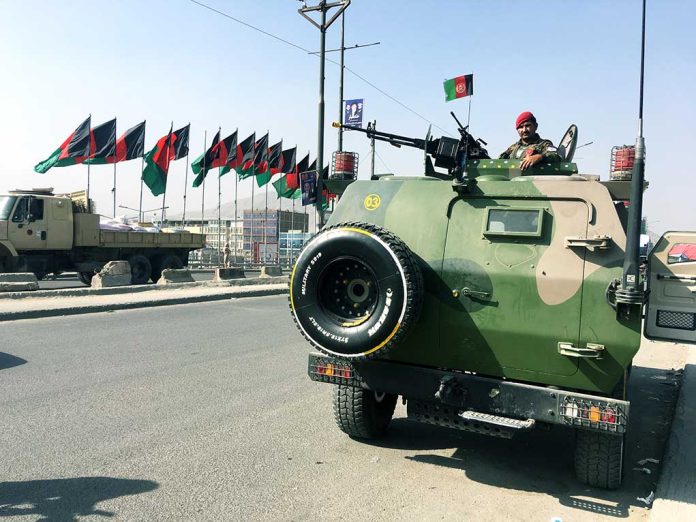 (UnitedVoice.com) – The Taliban is now in charge of Afghanistan, 20 years after the US ousted the terrorist group from power. It took roughly a week for the extremists to take over Kabul, the nation’s capital. As the fighters made their way through the country, they reportedly took over a base that formerly housed US troops and did something that could put the world in danger.

On Sunday, August 15, Taliban fighters captured Bagram Air Force Base in the Parwan province located northwest of the capital. When the extremists captured the base they also took control of Bagram prison, which held about 5,000 suspected al Qaeda terrorists and others. They were immediately released.

In addition to the prisoners freed from Bagram, the Taliban also let roughly 5,000 more prisoners out of Pul-e-Charkhi prison in Kabul. The inmates there allegedly included ISIS terrorists, al-Qaeda fighters, murderers and rapists.

#BREAKING: Hundreds of #Taliban & #AlQaeda members released from Polcharkhi prison of #Kabul have headed toward the city. Not just terrorists also there are child rapists, serial killers & hundreds of dangerous criminals there who have headed toward #Afghanistan's capital now! pic.twitter.com/srwPxCbofy

It’s unclear how many more prisoners remain locked up in Afghanistan and if the Taliban plans to free them. What is most certainly clear is that these prisoners, especially those who belong to ISIS and al-Qaeda, present a danger to the US. The 20th anniversary of September 11 is a stark reminder of just how dangerous these terrorists are to America.