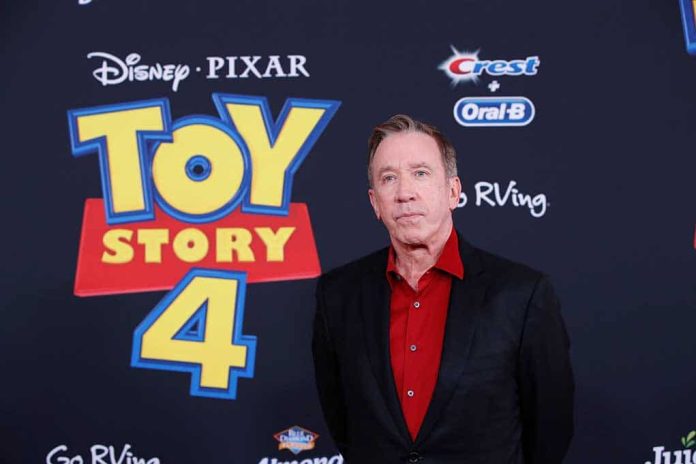 (UnitedVoice.com) – In 1995, Disney Pixar introduced children across the world to Buzz Lightyear and his icon catchphrase — “To Infinity, and Beyond.” Now, Buzz is set to hit the big screen again and not only is he not a “child’s plaything” anymore, but he also won’t sound the same.

Actor Tim Allen, the voice of Buzz for nearly three decades and four movies, will not be the voice of the character in the new movie. Actor Chris Evans, known for his role as Captain America, is the new choice. The film, “Lightyear,” is about the man who inspired the creation of the toy. Evans will actually be the voice of the “real” Buzz Lightyear, while Allen gave life to the toy.

On October 27, the studio dropped its first trailer for the new movie and fans of the character were once again reminded that Allen was not chosen for the role, leading to a hot debate online.

Although the characters are technically different, some fans wondered if Disney Pixar chose to go with Evans because he’s more liberal, while Allen is a vocal conservative.

Tim Allen is the only person capable of being Buzz Lightyear.

Did Disney cancel him for being a Republican?

The studio has not said why they didn’t choose Allen to fill the role. Until they do, it will undoubtedly continue to be hotly debated.

Do you think Allen isn’t starring in the movie because of his political beliefs?