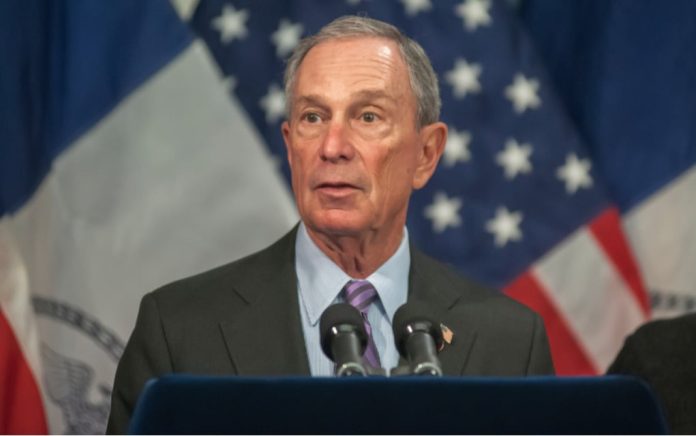 (UnitedVoice.com) – Thomas Jefferson once said that in a democracy, the people get the government they deserve. On that basis, America is going to find itself on the wrong side of the road if it doesn’t step up and halt the expanding influence of wealthy liberal elites.

For example, the Center for Responsive Politics reported that liberal billionaire George Soros donated over $8 million to Democrats during the 2019 to 2020 campaign cycle. Asset manager Donald Sussman donated $22 million, billionaire hedge fund manager Jim Simons gave $20 million. The list goes on from there.

Big money interests and politics is nothing new in America. However, the country is on a collision course with tyranny in the wake of billionaire Mike Bloomberg’s promised injection of $100 million in campaign money in Florida to benefit Democratic hopeful Joe Biden.

This situation is a grave injustice to free elections and American democracy.

Why Bloomberg’s Donation Is a Big Deal

First of all, while the Left cries that Trump is doing the same thing, there’s a massive difference between supplementing the coffers of your personal campaign and padding someone else’s.

The second factor one has to consider, is the impact on American democracy if one person can impact an election by putting that much money into one swing state. Do we want one man trying to buy votes?

Third, it’s not like Bloomberg doesn’t have a personal history of exhibiting unbridled hatred towards Donald Trump. The two men detest each other. Should the outcome of an American presidential election hinge on one man’s ego?

Last, but certainly not least, consider Biden’s vision for America. He wants you to forfeit a significant portion of your hard-earned money for his far-left socialist agenda. Are you okay with cities burning at the hands of Antifa and Black Lives Matter members? Are you okay with same-sex marriage or abortion on demand?

The list goes on and on. Yes, in America, we get the government we choose, and that’s why it’s time for the country to rise and tell Bloomberg and his wealthy Leftist elite buddies to keep their money out of our elections.

The future of American democracy may depend on it.