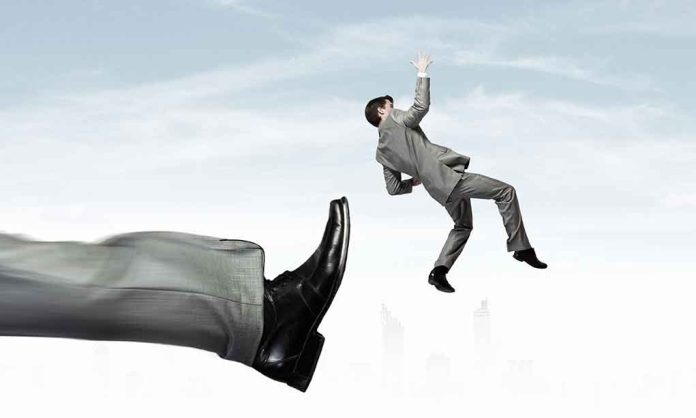 (UnitedVoice.com) – Democrats took an unusual step in 2021 and voted to remove Rep. Marjorie Taylor Greene (R-GA) from her committees. They also removed Rep. Paul Gosar (R-TX) from his committees. The two Republican lawmakers faced backlash for previously expressing desires to carry out violence on Democrats.

The decision to remove the Republicans from their committees by a Democratic-controlled House was a shocking change of tradition. Typically, the respective party leaders — at that time, Rep. Nancy Pelosi (D-CA) and Kevin McCarthy (R-CA) — punish their own members. After the votes took place, the conservative leader vowed revenge. According to reports, McCarthy plans to carry out that revenge.

In the months after Democrats kicked the Republican lawmakers off their committees, McCarthy made a decision. He pledged to remove Democratic Reps. Ilhan Omar (MN), Adam Schiff (CA), and Eric Swalwell (CA) from serving on any committees when Republicans took control of the House. In November, the GOP won the majority in Congress during the midterm elections.

Shortly after the results of the midterms were in, McCarthy gave a speech at the Republican Jewish Coalition. He told the crowd that now that the GOP was in charge and he stood slated to become speaker, he would make good on his promise to remove Rep. Omar from the House Foreign Affairs Committee. The congresswoman has repeatedly faced accusations of anti-Semitism both in office and before serving as a member.

Last year, I promised that when I became Speaker, I would remove Rep. Ilhan Omar from the House Foreign Affairs Committee based on her repeated anti-semitic and anti-American remarks.

Associated Press reporter Farnoush Amiri spoke to McCarthy about the Democrats, and he again said that he would be removing them from serving on their previous committees. He claimed Swalwell isn’t eligible to “get a security clearance in the private sector” and said that Schiff lied to America.

Each party chooses who they want to sit on committees. McCarthy doesn’t unilaterally have the power to strip the lawmakers of their assignments. He would have to bring the motion to the House and win a majority vote. Currently, the GOP holds the majority in the lower chamber, but it is very slim, as demonstrated by the 15 votes for Speaker. Some members could possibly reject the motion to relieve their colleagues of their duties.

Democratic leadership isn’t saying much about the possibility. Business Insider reported Rep. Pete Aguilar (D-CA), the chair of the House Democratic Caucus, refused to speculate on what might happen. He said the party would send names over to McCarthy, and they would handle it if trouble arose.