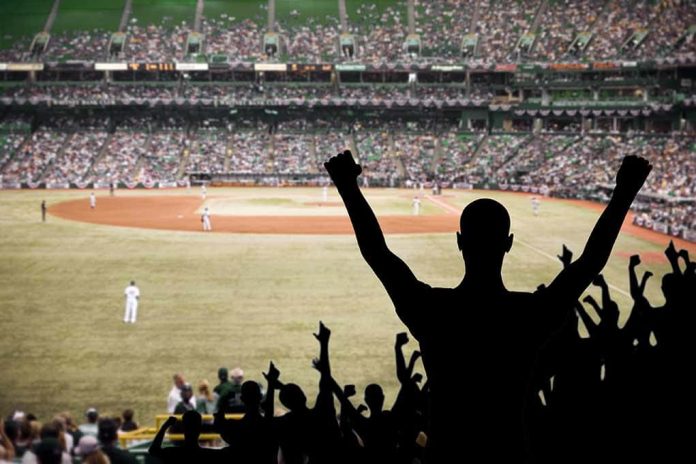 (UnitedVoice.com) – Every now and then, lawmakers like to take a break from Capitol Hill and have some fun while raising money for charity. Since 1909, the Congressional Baseball Game has been a Washington, DC, cornerstone. The game pits Democrats and Republicans against each other in a friendly way. This year, Republicans took the game when one lawmaker hit it out of the park — quite literally.

At the bottom of the third inning, Rep. Greg Steube (R-FL) took his turn at-bat. His first swing from pitcher Rep. Pete Aguilar (D-CA) went deep into left field, a homerun for the Republicans.

As he leisurely jogged the bases, his Democratic counterparts congratulated him, and then he ran home into a sea of red. His home run was the first out-of-the-park accomplishment since the festivities moved to Nationals Park back in 2008. Steube achieved something else, too. His feat momentarily took the attention off angry boos aimed at President Joe Biden, who was visiting the Republican dugout at the time of the homer.

In the end, Republicans took the game, narrowly edging out the Democrats 13-12. If Steube decides that Capitol Hill doesn’t suit him anymore, he might just have an MLB career waiting.