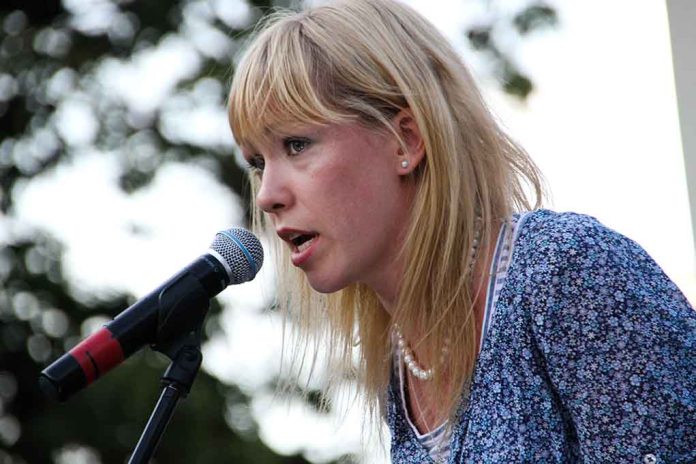 (UnitedVoice.com) – For two weeks, Russia has been bombing Ukraine. As the conflict wears on, Russian President Vladimir Putin seems to be getting more erratic and threatening. His behavior is putting many people on edge. In fact, a top journalist in the country has issued a dire warning to the world.

Maria Baronova, the managing editor of Russia Today (RT), resigned from her position last week. She condemned Putin for his war on Ukraine, even though her decision to do so has possibly put her life in danger. She recently spoke to Fox News Digital from Moscow, where her child’s father is forcing her to stay.

Baronova told Fox News she’s very worried the country is on the “brink of a nuclear war.” She explained that she knows the people she was around “very well” and while she was working, a “weird silence” engulfed her that caused a lot of concern. She said it seemed like the country was either going to be North Korea or everyone is going to die in a “thermonuclear mushroom.”

Maria Baronova fears ‘we’re on the brink of a nuclear war’ after quitting Russian state-run media over Ukraine https://t.co/puYZaMtpka via @foxnews

Amazing note from BCA: "The risk of Armageddon has risen dramatically. Stay bullish on
stocks over a 12-month horizon." pic.twitter.com/C81FrmVFtG

According to the research firm, there’s a 10% chance there will be a “civilization-ending global nuclear war” in the next 12 months.

Do you think the world is on the brink of a Cold War-era nuclear threat?