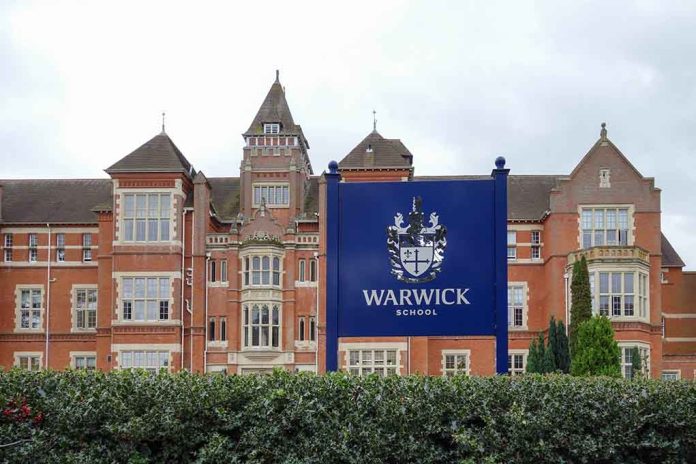 (UnitedVoice.com) – A British university was strongly criticized last week after it rebranded “trigger warnings” as “content notes” – because some snowflake students were being triggered — ironically by the word trigger.

💬 ‘This is so far from preparing them for real life’

Social and political commentator @Emma_A_Webb criticises the University of Warwick's decision to scrap the term 'trigger warning' because it could upset snowflake students. pic.twitter.com/vJuYP07R1S

On November 20, the Daily Mail revealed it had submitted a Freedom of Information request on the use of so-called “trigger warnings” at Warwick University. The university, founded in 1965 and often supported by the left-wing Labour Party, has enthusiastically adopted the woke ideology. In 2019, it began adding “trigger warnings” to books containing themes that might upset sensitive students – but students were still complaining about being offended.

Now the Mail has learned that going forward, trigger warnings will be known as content notes, “due to the word ‘trigger’ being itself a provocative word.” The university didn’t explain why it’s a provocative word, but it could be because it’s associated with guns.

Conservative Party MP Andrew Bridgen slammed content notes, calling them “ludicrous” and warning they’re harming students. Authors Dame Margaret Drabble and Lord Archer also condemned the warnings. The university has added content notes to over 80 texts, including the science fiction novel War of the Worlds, Greek epic The Odyssey and most of the work of William Shakespeare. It’s also slapped one on George Orwell’s Nineteen Eighty-Four – probably in case students read it and work out what’s really going on.