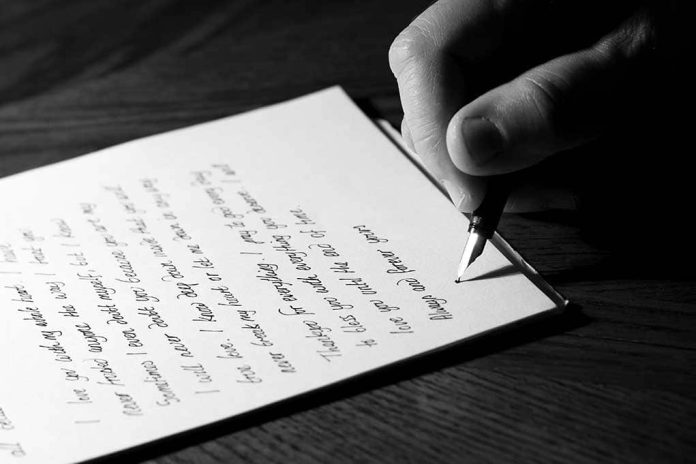 (UnitedVoice.com) – Long before the internet became a tool for bullies, people would write letters. Usually, it was something silly school kids did and passed around in class. But in one midwestern town, letters mailed to residents became one of the biggest mysteries in the region.

It all started in 1976, when several Circleville, Ohio residents received letters through the mail detailing some of their personal information. For years, the letters accused school bus driver Mary Gillispie of having an affair with Westfall School District Superintendent Gordon Massie. “I know where you live,” one of the messages stated.

Mary’s husband also received a letter. He later died in a drunk driving accident. Eventually, the writer told her they would put up posters, signs and other notices around town. One day, she was on her way home from work and saw a sign featuring her daughter. When she tried to pull it down, she noticed a booby-trap behind it with a gun.

Police investigated and found out the gun belonged to her former brother-in-law, Paul Freshour. He denied sending the letters but was sent to prison for the trap anyway. After he was locked up, residents continued receiving the messages.

Paul never admitted to writing the letters, even after he got out of prison in May 1994. So, who was the Circleville Letter Writer?

CBS “48 Hours” host Erin Moriarity says forensic document and handwriting expert Beverley East believes Paul was the mystery letter writer all along. “I would go into court and swear on the Bible on the evidence that I found,” East told the television host.

Unfortunately, the town may never know if East is right. Paul Freshour died in 2012.