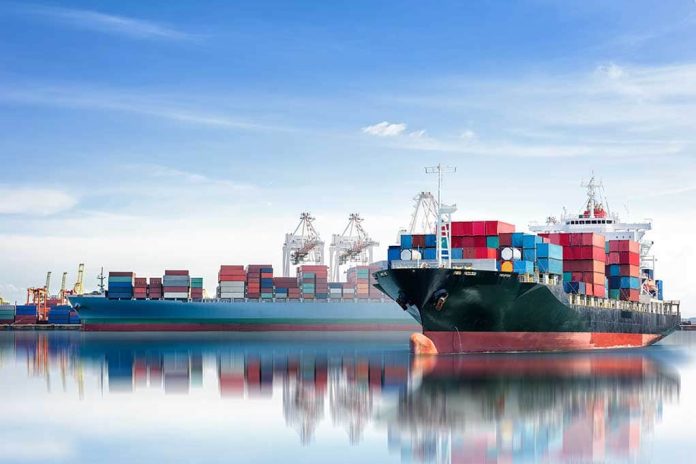 (UnitedVoice.com) – COVID-19 restrictions and worker shortages have caused a massive traffic jam at ports across the country. In October, President Joe Biden announced the Port of Los Angeles would follow the lead of the Port of Long Beach and move to 24-hour operations. The backlog, however, is now presenting an opportunity for thieves.

On Monday, November 1, news crews captured a shocking scene along railroad tracks near downtown Los Angeles. Thousands of boxes were strewn across the tracks, the result of thieves targeting trains hauling goods out of the port. Union Pacific Railroad told NBC 4 that there’s been a string of cargo container break-ins recently. One news crew caught a man with what appeared to be bolt cutters jumping onto a slow-moving train.

The section of the tracks where the boxes were strewn is bordered by homeless encampments. It’s unclear whether they had anything to do with the thefts or if it’s just a coincidence. Union Pacific told reporters they’re working with law enforcement to address the ongoing thefts that could threaten the already strained supply chain.

Port officials say they aren’t able to operate around the clock yet because trucking companies and warehouses haven’t ramped up their operations. Biden has not released a plan to solve that problem.