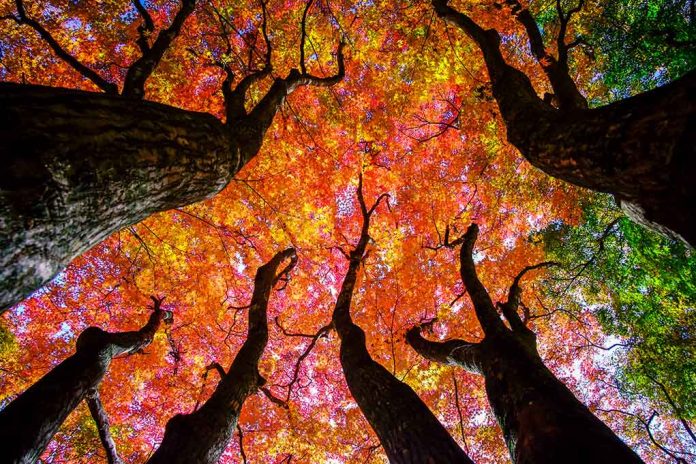 (UnitedVoice.com) – National Forests are protected lands. Although some commercial activity is allowed on some federal land, it’s highly regulated. One man seems to have missed the memo and now he’s headed to prison after being thwarted by tree DNA.

He ran an illegal logging operation.
He was sentenced to 20 months.
The key evidence against him?
DNA from a tree.https://t.co/rX514kakT4

According to the Justice Department, between April and August 2018, 39-year-old Justin Andrew Wilke and a crew conducted an illegal logging operation in Washington’s Olympic National Forest. The men cut down protected maple trees in the Elk Lake area of the Hoh Rain Forest. The wood from the trees is used to make musical instruments. The men then forged permits to sell the wood — but that’s what got them caught.

Prosecutors tested the DNA from the wood Wilke was selling and it matched the remains of maple trees he’d stolen. Not only did the crew steal the prized trees, they also allegedly started a fire that burned more than 3,300 acres and cost $4.2 million dollars to put out. Prosecutors say the fire began when the men doused a wasp’s nest with insecticide and lit it on fire, then left it there without extinguishing the flames.

Judge Benjamin H. Settle sentenced Wilke to 20 months in prison for his crimes. The case was the first time prosecutors have used tree DNA to get a conviction.