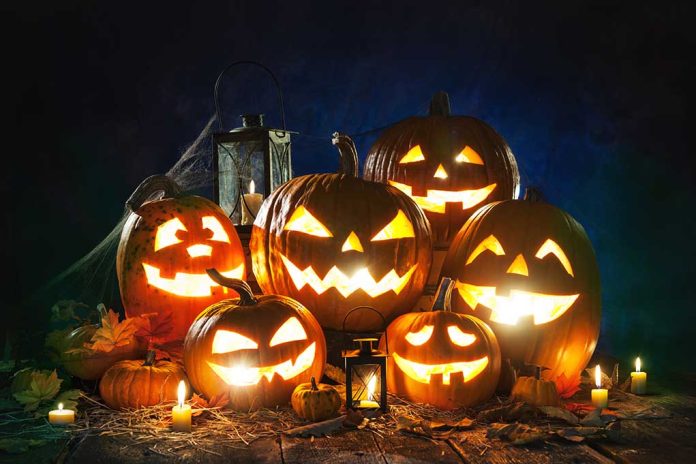 (UnitedVoice.com) – Every Halloween, law enforcement agencies issue warnings to parents on social media to check children’s candy carefully, including for the risk of cannabis-infused items making it into the night’s festivities. In one South Chicago Heights neighborhood, the urban legend of the pot-laced candy found a basis in reality.

On November 1, Fox 32 Chicago reported that police recovered eight packets of gummy bears that smelled like marijuana from the trick-or-treat bags of local kids. One dad, who asked to have his name withheld, said he heard from another parent that someone was handing out the gummies, so he checked his daughter’s bag. He found three packages in the 4-year-old’s haul.

Feilen told police he ran out of pre-packaged candy so he put gummy candy inside the packaging of weed that he legally bought. pic.twitter.com/XGVCDRTAD1

The gummies were yellow bears packaged in small reclosable foil envelopes with no markings. The packages were clear on one side, allowing parents to see the candy. Police were unaware of any children ingesting the cannabis-laced sweets.

Cops tracked down 25-year-old Jarod Feilen and charged him with five counts of child endangerment. The young man told police he packaged up his bears after he ran out of regular candy for trick-or-treaters. The crime lab is analyzing the confiscated samples to determine exactly what is in them.

In another story, parents in Eugene, Oregon, have reportedly found razor blades hidden in their children’s haul. Police are cautioning parents to check the candy before their kids consume it. The Eugene Police Department is investigating.