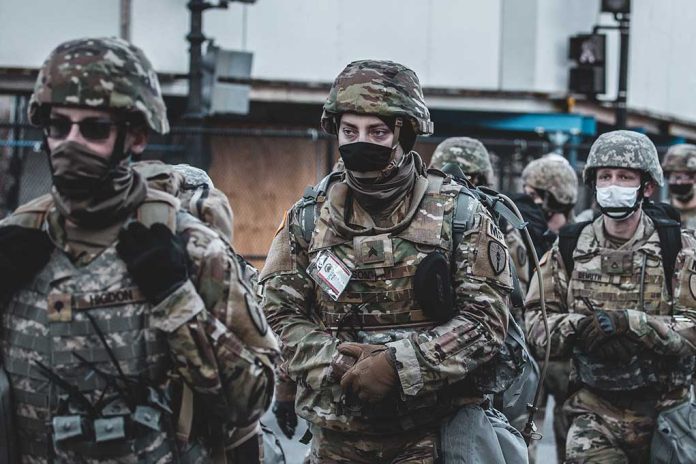 (UnitedVoice.com) – US Customs and Border Patrol (CBP) encountered over 2 million migrants at the Southern border in fiscal 2022. The crisis isn’t getting any better, and states along the frontier have been begging for help. Now, a governor in the northeast is stepping up.

On October 3, New Hampshire Governor Chris Sununu announced he would send two National Guard units to the Mexican border. The Republican expressed gratitude for the members of the men and women who serve the state and the country. They are “answering our nation’s call [by] deploying to the ongoing humanitarian crisis,” he added.

The deployments will be for one year. Additionally, 44 soldiers from the 941st Military Police Battalion HQ are being sent to the border to provide control and command to over 500 troops belonging to units from New Hampshire, Rhode Island, Illinois, and Kentucky.

In a tweet, Sununu explained the crisis down South impacts all 50 states. He explained that’s why they’re participating in the Department of Defense’s mobilization order.

The humanitarian crisis at the Southern Border affects NH and all 50 states. The @NHNationalGuard always answers the call — and that’s exactly what they’re doing in this federal mobilization order from the US @DeptofDefense. We thank these men and women for their service. pic.twitter.com/wC0IrZHZxr

The governor said the troops would help with surveillance, ultimately acting as the eyes and ears for CBP agents. They will work to keep drugs and human trafficking at bay. He also revealed that President Joe Biden’s administration is paying for the costs because the federal government is requesting the help.