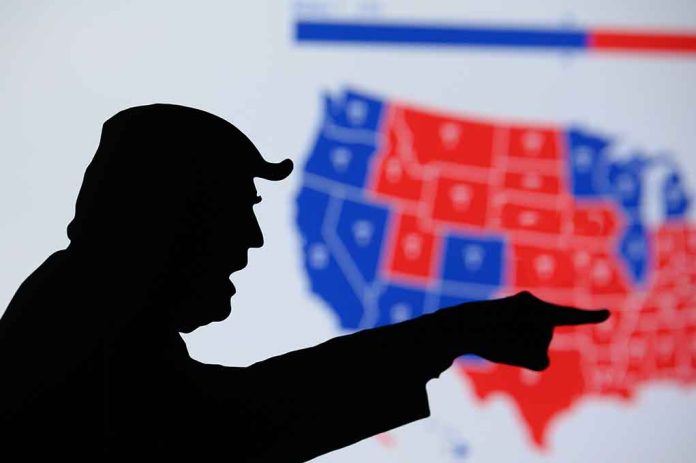 (UnitedVoice.com) – The 2020 election might be long over, but the scars from the fights afterward remain. Republicans across the country have implemented election security laws to ensure Americans trust officials are only counting legal votes. A group of former President Donald Trump’s allies are making it easy to identify the areas that need work.

The Center for Election Integrity (CEI), which is part of the America First Policy Institute, launched an interactive map that shows the states that have and haven’t adopted election security measures. According to the organization, more than half of the states in the union haven’t adopted policies. For example, Pennsylvania, one of the states with the most controversial results in the last election, doesn’t prevent ballot harvesting or require voter ID to vote.

The center says Georgia, Alabama, Indiana, Kansas, Missouri, Arkansas and Louisiana have the strongest election security laws in the country.

Looks like Michigan, Ohio and Pennsylvania have a lot of work to restore their residents’ trust in the integrity of their election process. Check out @A1Policy’s map here 👀 https://t.co/8XNsK53YH9 #ElectionIntegrity #AmericaFirst

In a March 7 press release, CEI Chair Kenneth Blackwell said the organization is dedicated to making “it easy to vote but hard to cheat.” Tools like the interactive map will make it easier for Americans to find out more about the election laws in the states they live in so they can make more informed decisions.

Do you think the map is a valuable tool?