(UnitedVoice.com) – After the FBI searched former President Donald Trump’s Mar-a-Lago estate in August and remove classified documents, he hit the airwaves to express his innocence. The 45th POTUS told his supporters that he declassified the documents in his possession and accused the FBI of planting evidence. Now, the special master working on the case has given Trump days to submit evidence proving federal agents are framing him.

On Thursday, September 22, US District Judge Raymond Dearie, serving as the special master, ordered Trump’s lawyers to submit a “declaration or affidavit” listing the items that the “Plaintiff asserts were not seized from the Premises.” The order also asked for a list of items that agents seized but did not submit as evidence. Dearie states the submissions are the ex-POTUS’ “final opportunity to raise any factual dispute.” The deadline for the filing is September 30.

The Mar-a-Lago special master is telling Trump's lawyers to say once and for all whether they really think the FBI planted evidence during its search, as the former president has publicly alleged. pic.twitter.com/hVF7fCTjIj

Dearie ordered the DOJ to turn over copies of all of the non-classified items that agents seized on the property, as well. Trump’s team then has until October 14 to provide the federal government with a “final and complete log of designations,” specifically identifying any attorney-client privileged documents in the batch.

The next hearing is set for October 6. 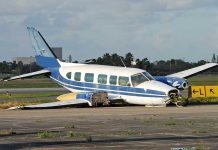