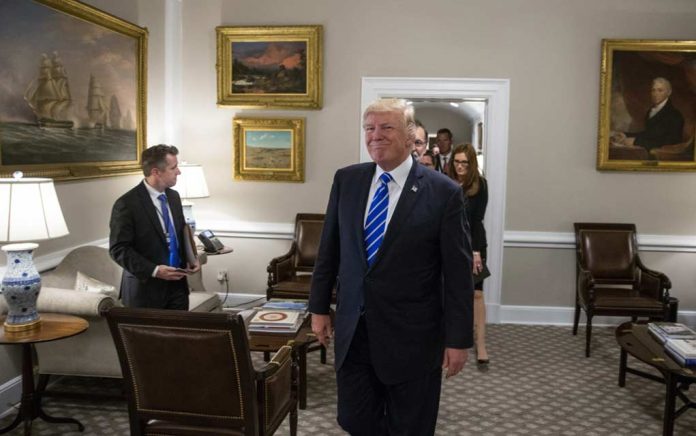 (UnitedVoice.com) – President Trump has suggested he will announce an nominee for the vacant supreme court seat this week. Now we have a clue as to who that might be.

Amy Coney Barrett, the judge some analysts have identified as the frontrunner to replace Ruth Bader Ginsburg, had a meeting with President Trump on Monday, September 21. Trump had previously stated he would prefer a woman to fill the vacant spot on the Supreme Court bench. Having already expressed an interest in Barbara Lagoa, it appears Coney Barrett is now under close consideration as well.

Coney Barrett currently sits on the US Court of Appeals for the Seventh Circuit. The 48-year-old is a practising Catholic with pro-life views, and a mother of seven children.

Of course, Liberals are likely to disapprove of any candidate Donald Trump nominates for this position. As Matt Walsh notes here, Coney Barrett’s traditional background and anti-abortion convictions are already forming the basis for criticism from the Left.

Dems have already dug up a lot of dirt on Amy Coney Barrett:

3) She supports due process (even for men)

4) She doesn’t think we should kill babies

Wow. Devastating stuff. Keep this monster off the court.

Some senior Democrats have suggested Donald Trump should leave the task of appointing a new Supreme Court Justice to the next president, whoever that may be. However, this meeting leaves little doubt as to Trump’s intention to make a nomination before November.