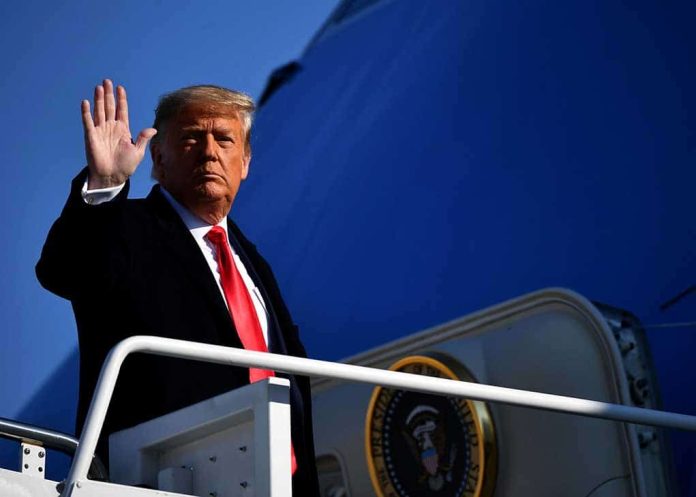 (UnitedVoice.com) – Former President Donald Trump may not be in the White House anymore but his impact on global affairs is still being felt. In fact, some of his achievements were so impressive, he’s once again been nominated for one of the most prestigious awards in the world.

On Monday, February 1, Jaak Madison, a member of the Estonian Parliament, announced on Facebook that he nominated Trump for the 2021 Nobel Peace Prize. The politician said he did it because the former US president did not start any wars during his time in office, and tried to promote “stability” in the Middle East through “several peace agreements.” He was referencing the deals Trump brokered between Arabic countries and Israel, called the Abraham Accords.

“In the last 30 years, Donald Trump is the first president of the United States, who during his tenure, has not started a war.”

Former President #Trump was nominated for the #NobelPeacePrize by an Estonian member of the #EuropeanParliament, Jaak Madison.https://t.co/blciuSLDUl

The Nobel Peace Prize is one of the highest honors someone can receive. And unlike former President Barack Obama, who was awarded the prize for seemingly no reason at all just months into his first term, President Trump actually put in the work. He woke up every day and tried to make the world a safer place not just for Americans, but for everyone else, as well. That’s why he has been nominated for the award four times now.

The Norwegian Nobel Committee will announce the winner in November 2021.