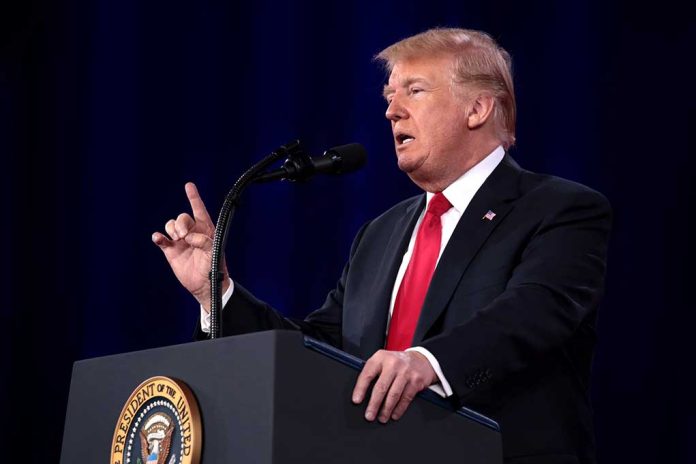 (UnitedVoice.com) – On March 8, President Joe Biden banned Russian oil imports in America. Although the US gets about 8% of its oil from the country, Europe is far more dependent on it. In fact, in 2018, former President Donald Trump warned one European country about it and their reaction was insulting.

During a speech to the United Nations four years ago, Trump slammed Germany over the $11-billion Nord Stream 2 pipeline that was supposed to carry Russian gas across the Baltic Sea. The 45th president was appalled that the US was helping to fund defense costs for Europe to protect themselves against Russia while Germany was becoming even more reliant on the adversarial nation’s fuel.

When Trump stood before NATO, he said, “Germany will become totally dependent on Russian energy if it does not immediately change course.” When he said that, cameras cut to Germany’s delegation and showed them laughing, as if to mock the president.

In 2021, Germany received about 32% of its gas from Russia. In February 2022, the German utility company Uniper revealed about 50% of its gas comes from Germany but that changes month to month.

Germany failed to listen to Trump’s warning and now it’s essentially controlled by Russia. At least in terms of energy production.