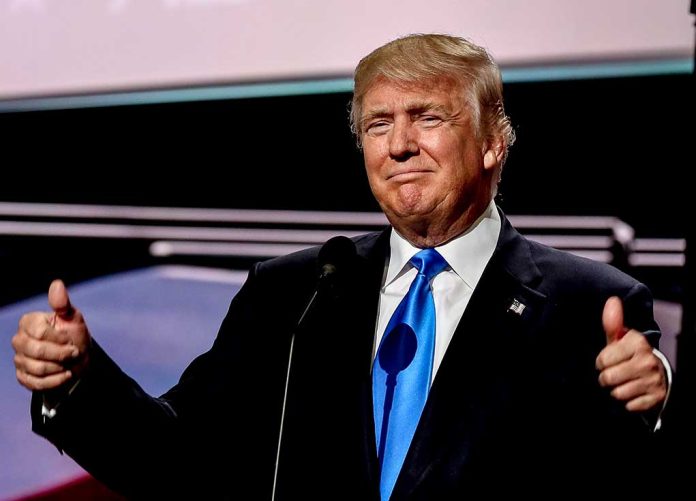 Did Trump’s Big Gamble Pay Off? Here’s Where He Won

(UnitedVoice.com) – The mainstream media has fixated on the number of Republicans who lost the midterm elections. Reporters remain particularly stuck on the fact that some of the candidates that former President Donald Trump endorsed didn’t win. Despite those claims, many of his candidates sailed to victory.

In an exclusive interview with Fox News Digital, Trump said he is celebrating the victories of more than 200 Republican candidates. He said, “There is a fake news narrative that I was furious” about the performance of Conservatives during the midterms, but “it is just the opposite.” The former president claimed his candidates were winning “216 to 19 in the general election.”

EXCLUSIVE: #Trump touts “tremendous” wins for endorsed candidates, says “why would anything change?” on #2024 announcement

“All these guys that are winning are my people,” Trump tells me.

“We had tremendous success. Why would anything change?”https://t.co/o71rjSp47y

The winners include Senator Ron Johnson (R-WI), whom the former president said he endorsed. Democrats had hoped to oust the conservative lawmaker and expand their majority in the upper chamber.

Florida Republican Senator Marco Rubio, another of Trump’s allies, also won his election. The Left thought Val Demings would beat him, but she failed miserably, losing 41.3% to 57.7%. Trump pointed out that he’d held a rally for Rubio on Sunday, November 6. Conservative JD Vance in Ohio won his race, as well.

What do you think about Trump’s wins in the midterm elections?