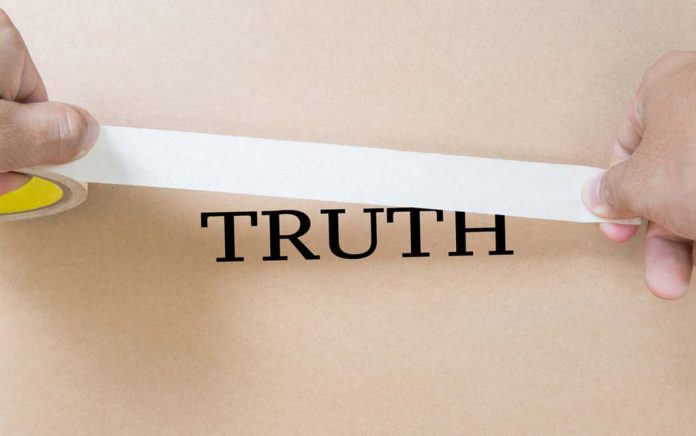 (UnitedVoice.com) – Two liberal-leaning social media giants tried to do Joe Biden a favor this week by burying an embarrassing news story about his son Hunter’s business dealings – but it’s blown up in their faces. Facebook and Twitter decided it would be better for freedom and democracy if the American public didn’t get to see a New York Post article exposing corrupt links between Joe, Hunter and Ukrainian energy firm Burisma.

On Sunday, October 11, lawyer Rudy Giuliani revealed that Hunter Biden, presidential wannabe Joe Biden’s younger son, had left three laptops at a computer repair store and never returned to collect them; the store owner allegedly found emails on one of the hard drives that showed Burisma executive Vadym Pozharskyi thanking Hunter for introducing him to Joe, who was vice president at the time. The owner passed the drive to the FBI – and, when they didn’t do anything with it, gave a copy to Giuliani.

Now, the Senate Homeland Security and Governmental Affairs Committee is investigating the emails – but the mainstream media doesn’t seem to want to know, and the two biggest social media platforms decided to clamp down on it too. Facebook and Twitter tried to bury the New York Post’s coverage of the story, but overreacted and instead gave it far more attention.

Twitter made the worst blunder by far. When the Trump campaign and White House press secretary Kayleigh McEnany mentioned the Post story, Twitter locked their accounts. That led many users to wonder why the accounts were locked, drawing their attention to the story. Twitter CEO Jack Dorsey was forced to apologize, stating on October 15 that the attempted censorship was “unacceptable” – although he hasn’t yet actually done anything about it.

Meanwhile, Facebook secretly tweaked their algorithms to restrict the distribution of the story while claiming to have doubts about it and referred it for a fact check. However, Facebook refused to reveal who would perform the fact check. It was more discreet than Twitter’s approach, but ended up being just as ineffective, with the Post accusing the social media giant of starting a “tech civil war.”

Trump Hits Out at Censorship

Criticizing the companies’ new attempts at suppression, President Trump said their behavior was “terrible” and threatened to repeal Section 230 of the 1996 Communications Decency Act, which gives social media companies a loophole that allows them to censor free speech.

The Biden campaign isn’t denying the claims made in the emails, focusing on technicalities like not being able to find a record of Biden and Pozharskyi’s meeting – which, if you notice, is not the same thing as saying it didn’t happen.