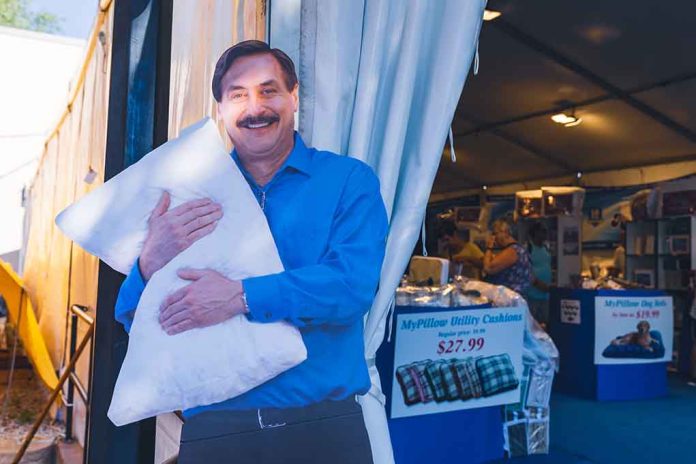 (UnitedVoice.com) – MyPillow CEO Mike Lindell was one of the many Conservatives who saw their accounts permanently suspended in the wake of the 2020 election. The platform booted him for making allegations about the election. Recently, he rejoined the social media network again — but his presence on the platform didn’t last long.

On Sunday, May 1, Lindell created a new account and tweeted a photo of himself. He told his fans to retweet his post so people would know he was back on the platform. Within minutes he had tens of thousands of followers. The pillow executive’s time on the platform was short.

A Twitter spokesperson told Newsweek that it banned Lindell’s account for violating its rules on ban evasion.

On April 28, Roger Stone also tried to return to Twitter after the platform banned him in 2017 for attacking journalists online. The conservative powerhouse said he was “anxious to see how strong Elon Musk’s commitment to free speech is.” Twitter banned him again shortly after he rejoined.

Roger Stone has yet again been suspended. pic.twitter.com/lGWBBDQrDs

Musk doesn’t have control of Twitter yet, so he couldn’t have allowed either man to restart their accounts. The Tesla founder won’t be in control of the company until after shareholders and regulators approve the sale later this year.