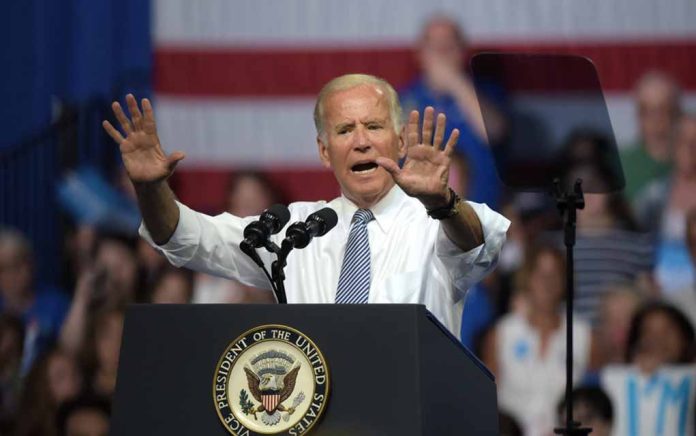 (UnitedVoice.com) – Twitter has been under fire in recent months for alleged Left-wing bias. The social media platform has repeatedly flagged President Donald Trump’s content, claiming it contains misinformation. Now the tables have turned ever so slightly.

According to Summit News, a man named Jake Koenig posted the video on Twitter only to have it flagged for, ironically, violating its “Child Sexual Exploitation Policy.” The social media giant allegedly locked the man’s account until he removed the video. He posted screencaps on the platform to support his claims.

Whether or not Biden made those women and girls uncomfortable is not for us to say. The real question is why did the social media platform scrub their site of the video? Maybe they were as uncomfortable as the girls in the video appear to be.