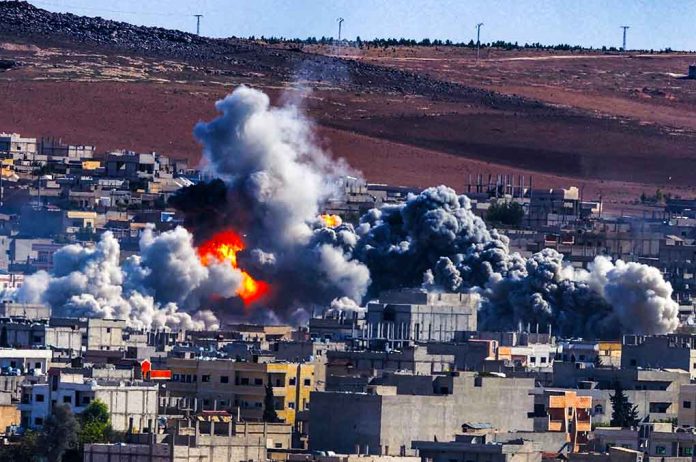 US Enemy Killed in Military Airstrike

(UnitedVoice.com) – Somalia has dealt with a serious terrorism problem for the last few years. Islamic extremists with the group al-Shabaab have carried out numerous attacks. The US, involved in regional security, recently helped kill a major player.

On October 1, US Africa Command aided the Federal Government of Somalia in carrying out an airstrike on terrorists near the city of Jilib. Officials identified Abdullahi Nadir among the dead. The strike didn’t kill any civilians. Intelligence sources considered Nadir one of the most dangerous terrorists in the region, and America had a $3-million bounty on his head. The terrorist would have become the leader of al-Shabaab, a loose al-Qaeda affiliate.

In coordination with the Federal Government of Somalia, U.S. Africa Command conducted an airstrike against the al-Shabaab militant network in Somalia on October 1.

According to a statement published by the Associated Press, the Somali government said Nadir’s demise removes “a thorn” from Somalia and its people, who “will be relieved from his misguidance and horrific acts.” The terrorists have thrived in the region by extorting people who live or run businesses in the area.

American Counterterrorism Targeting and Resilience Institute Director, Dr. Ardian Shajkovci, told The Media Line the terrorist leader’s killing would likely lead to an uptick in attacks. He said several retaliatory attacks have already taken place. More than 20 people have died, and 35 have suffered injuries as a result.