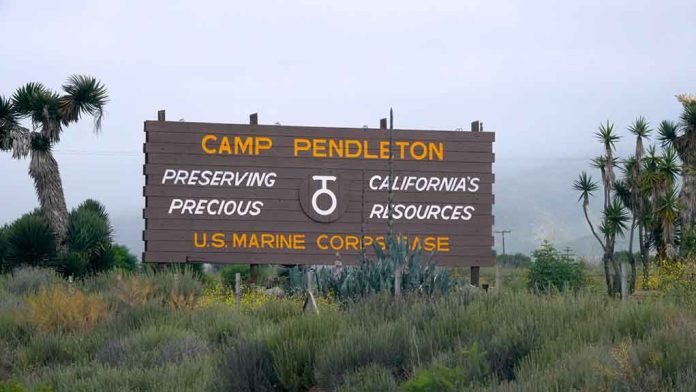 US Soldier Dies During Military Training, Another Found Dead in Barracks

(UnitedVoice.com) – It’s a terrible loss when a member of the US military dies while deployed. Yet, while no Armed Forces member expects it, each understands it’s a possibility when they enlist.

When a service member dies while in the US, that’s much harder for many people to swallow. After all, they should be safe when they’re home. Yet, that’s exactly what happened recently to two military members. Unfortunately, these deaths occur more often than people might think.

On September 27, Marine Pfc. Javier Pong, 18, collapsed during a training exercise at Camp Pendleton, California. The young Marine was in his eighth week of basic training when the incident occurred. First responders transported him to the Navy Hospital on the base, where he later died.

Although the Marines notified Pong’s next of kin about his death, they didn’t announce it publicly until October 8. Marine Corps Recruit Depot San Diego spokesman Cpt. Joshua Collins told Task & Purpose they were “focused on supporting” the Marine’s family. That’s why the Corps made the decision to wait and allow the family some “privacy to grieve” and put Pong’s “affairs in order.” The branch announced the news after the family confirmed they were okay with public notification.

Pong wasn’t the only military member to die in recent weeks. On October 11, the Army’s 2nd Battalion, 13th Infantry Regiment posted on social media and announced the death of Pvt. Danielle A. Shields. According to the post, an unnamed person at Fort Jackson, South Carolina, found her dead in her barracks on October 7. They are investigating her death.

Fort Jackson Commander Brig. Gen. Jason E. Kelly said, “Chaplains and other medical professionals are helping those who are in need.” The Army confirmed her death was “[u]nrelated to COVID-19 or an active field training exercise.”

In September, Congress updated its Trends in Active-Duty Military Deaths From 2006 Through 2021 data. According to the figures, 19,378 deaths of active-duty service members occurred in that period. The majority, 76% of the soldiers who died over the last decade and a half, lost their lives in Non-Overseas Contingency Operations (Non-OCO).

The number of deaths breaks down into the following categories:

The Army and Marines are investigating the most recent deaths in their branches.

What do you think about these statistics surrounding the deaths of service members? Do you think the military needs to be more transparent?