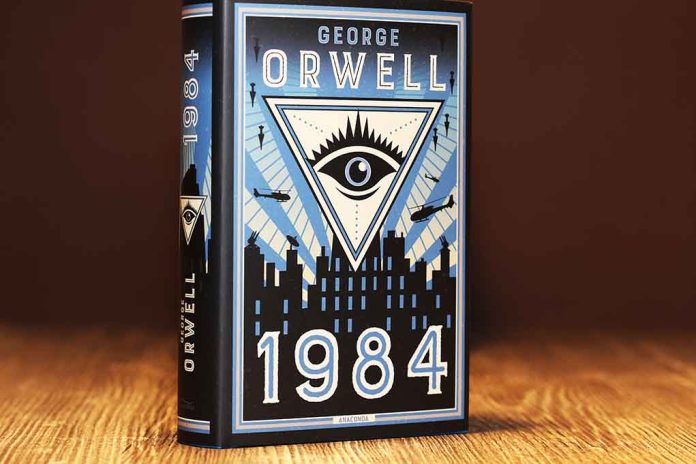 (UnitedVoice.com) – George Orwell’s iconic novel “1984” is all about government censorship and the Thought Police, the secret police force that punishes people for their thoughts contradicting the status quo or the government’s narrative. Ironically, a college in the United Kingdom is policing Orwell’s book.

The University of Northampton is under fire for putting a trigger warning on the book for the sensitive souls who might find the fictional novel “offensive and upsetting.” Students who are taking the “Identity Under Construction” course were told the novel contains explicit material. The course in and of itself is a manifestation of wokeism.

The school’s website says the class includes the study of poetry and literature through a feminist lens and its primary focus is the “constructions of identity, around issues such as race, class, gender and sexuality.” What happened to good ol’ traditional lit classes?

George Orwell’s ‘1984’ has been given a trigger warning by a British university following concerns that students could find it “offensive and upsetting”. https://t.co/s26c69YoH9

GB News Host Calvin Robinson, who’s also a former teacher, called the University’s trigger warning “absurd.” He pointed out that although the novel is supposed to be fiction, incidents like this one make it look like “an instruction manual.” He said he thinks universities are supposed to be a place where students can explore ideas. Instead, schools are turning into the thought police.